Camel Festival is celebrated in the month of January every year near the Junagarh Fort in Bikaner in Rajasthan.

It is organized by the Department of Tourism, Art and Culture, Government of Rajasthan.

Camel Festival is celebrated in the month of January every year near the Junagarh Fort in Bikaner in Rajasthan. Organized by the Department of Tourism, Art and Culture, Government of Rajasthan, this festival is entirely dedicated to the camels, the ships of the desert. The camel festival involves lots of fun, enjoyment and excitement among the people of Rajasthan. Lots of activities are arranged to make this festival a great success.

Camel Fair in Bikaner focuses on the spectacle of the camels. Various folk dances and traditional music shows are arranged to add to the charm of the festival. The camels are beautifully decorated and are prepared for the show. These camels become the show stopper during the festival. They attract the visitors with their elegant gaits, wonderful performances, charm and graceful movement. Camel races, camel dances and camel rides are the highlights of the Camel Festival in Rajasthan.

Various activities, which make the camel festival more eventful, are best breed competition, tug-of- war, camel dance, acrobatics and other performances. With the procession of the beautifully decorated camels start all the festivities. The camel walk towards the open sand grounds in a group. The camels are beautifully decorated and are prepared for the fashion show. The camel owners adorn the animals with colorful bridles, jeweleries around the neck, anklets and other adorning elements.

During this festival, you can also taste sweets and tea prepared from the camel milk. Camel races are arranged on the second day of the show. Excited tourists join this festival and share the excitement of the show by cheering the camels and their owners. On the final day of the camel festival, you can get to see brilliant fireworks and illumination of colorful and decorative lights. The desert area of Bikaner thrives with life during this time of the year.

Counted as one of the major festivals of India, camel festival involves lots of festivity, fun and excitement. During the time of the festival, you can also visit some nearby tourist attractions in Bikaner like Lal garh Palace, Junagarh Fort, Ganga Golden Jubilee Museum, The Suraj Pol or Sun Gate and various Gardens and Parks.

Reaching Bikaner will never be problem. You can access the Jodhpur Airport to get to Bikaner. You can also take the roadways and the railways to reach Bikaner. Pushkar in the state of Rajasthan also celebrates a camel festival during the time of Pushkar Fair. Held during the month of Kartika, according to the Hindu calendar, Pushkar Fair also involves lots of fanfare as about 50,000 camels are brought to this fair for show as well as for trading. It will be a great fun if you can be a part of this grand festival. 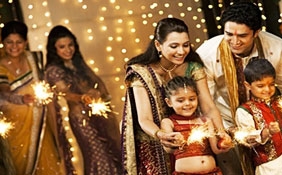 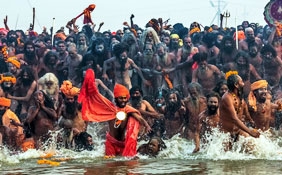 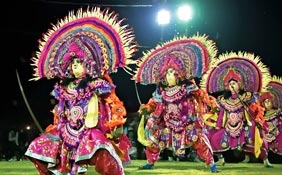 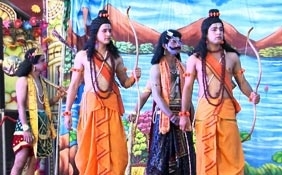