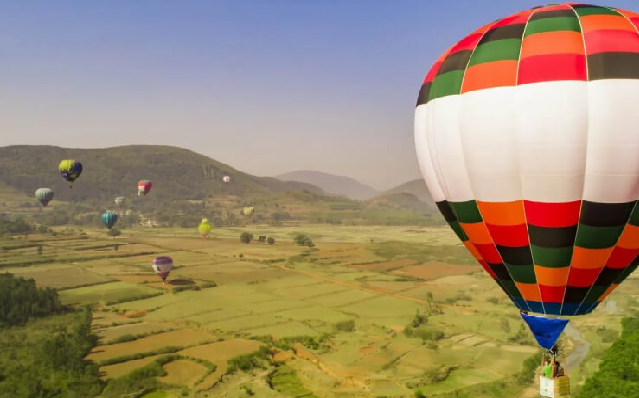 The Forest Minister of Madhya Pradesh presents a New Year gift to the adventure fanatics and wildlife enthusiasts. They have launched a first-ever wildlife balloon safari in the world-famous Bandhavgarh Tiger Reserve.

State Forest Minister Vijay Shah launched the hot air balloon safari in the tiger reserve and said that the activity would be restricted to the buffer zone. During the safari, people will be able to spot tigers, leopards, Indian sloth bear, and other wildlife species from the height.

He also said that the state is planning to introduce the balloon safari in Pench, Kanha, and Panna Tiger Reserves. Balloon ride service in Bandhavgarh Tiger Reserve is being operated by Jaipur-based Sky Waltz. The company official Jai Thakur said they are looking forward to a good response from tourists.

Africa is the only country other than India that offers hot air balloon wildlife safari. Bandhavgarh is the place for those who wish to hot air balloon ride and also spot the wildlife species. This tiger reserve should be on the travel list of adventure lovers.