Himachal Pradesh is all set to host the first-ever paragliding world cup in India. Preparations are being done on a grand scale to ensure the success of this upcoming event that will take place at Bir-Billing in Kangra Valley from 23rd October to 31st October. Last Monday, Sudhir Sharma, Himachal Pradesh Urban Development Minister, also the president of the Billing Paragliding Association (BPA), ordered to ban all construction activities near the take-off and landing sites.

Note: Tourists can take part in Paragliding as it resumes from September 15, 2020. The tourists who wish to visit Himachal Pradesh have to adhere to the guidelines issued by the government authorities. The intending tourists may present TrueNat/ CB Naat test report in the alternate of RT-PCR test, which can be done from an accredited test centre within the period of 96-hours till the State border. It is also compulsory to register for an e-pass on the official website of Himachal Pradesh, at least 24-hours before visiting.

Sharma also headed a meeting of the tourism and all other concerned departments to check with the preparations of the paragliding world cup in Bir Billing. The meeting was also attended by members of Billing Paragliding Association (BPA). It was announced that discussions would be made with the concerned authorities to declare Mandi to Shahpur, a non-flying zone. Also, live tracking system facility would be introduced to ensure the safety of the pilots and help in rescue operations during any emergency. He also said that a national championship will be organized in the month of November post the main event. He said that important steps are being taken to develop infrastructure which matches international standards for this world cup. He added, “The work on developing take-off sites was almost in final stage and the public works department had been directed to repair and maintain the roads leading to the paragliding sites besides installing street lights”.

He further added that while paragliders from 50 countries are expected to participate in this championship, 47 countries have already confirmed their participation in the world cup. He added that the event play a key role in promoting sports and tourism in the state. He further added that after we were successful in hosting the pre-world cup, the Paragliding World Cup Association from France gave us an opportunity to host the world championship. He proudly said that it is a great achievement for Himachal Pradesh to host the first-ever paragliding world cup in the country.

The world cup would positively add to the sports and tourism activities in the state as all the international participants, pilots and other visitors will stay at Kangra Valley during the championship, he said. Also, a variety of activities like hot air ballooning would be organized to make the competition more attractive.

You can also enjoy Paragliding in Bir Billing Through 1 Night / 2 Day Package. 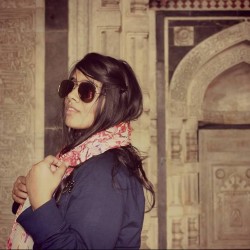 Tanya Malik
Thinking this world is a gold mine, Tanya Malik believes, the more you travel, the more you discover. Travel Writer one day, shutterbug the other, author in making, she lives for love, food and travel. Expect tons about scenic beauty and food from the write-ups of this nature lover and foodie.

Thinking this world is a gold mine, Tanya Malik believes, the more you travel, the more you discover. Travel Writer one day, shutterbug the other, author in making, she lives for love, food and travel. Expect tons about scenic beauty and food from the write-ups of this nature lover and foodie.