The festival of Ram Navami is a Hindu festival, celebrating the birth of Lord Rama, the son of King Dashrath. The celebration of Ram Navami takes place on the ninth day of ‘Sukla Paksha’, the ninth day of the month of Chaitra in Hindu calendar. The birth of Rama was a joyous occasion in Ayodhya when King Dashrath’s heir was finally born. The day of the festival begins with the offering of prayers to the sun during the midday, the time when Lord Rama was believed to be born. 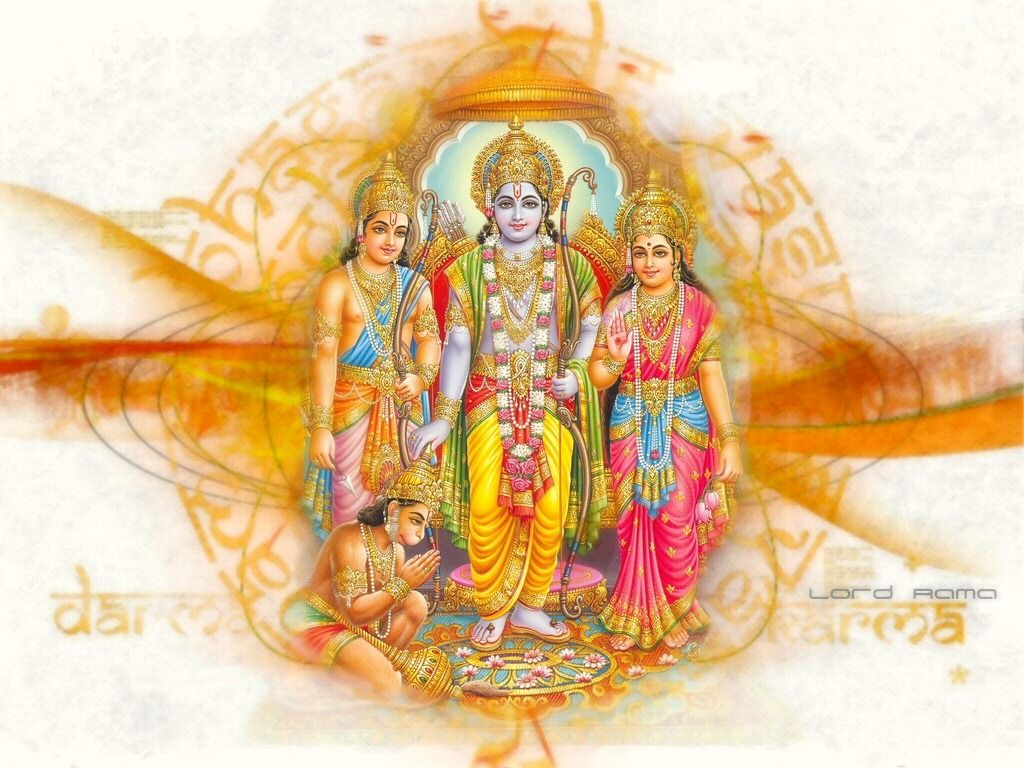 The day was a big celebration in the royal family of Ayodhya, who thanked the almighty for this miracle. Lord Rama is considered an avatar of Lord Vishnu, who came down on earth to vanquish the demon King Ravana. Lord Rama was the epitome of truth and goodness and has been given the status of a god by the Hindus. The great Hindu epic Ramayana (written by Sanskrit poet Valmiki) mentioned the purpose of the birth of Rama on earth to restore mankind to its previous glory and annihilate the evil.

The festival is also known as Shree Ram Navami, a nine day festival coinciding with Vasant Navaratri. The devotees stay awake in the anticipation of Lord Rama’s birth. At this festival, all the temples are beautifully decorated and excerpts from the ‘Ramacharitamanas’ is read out. It is one of the five Mahavratas observed since ancient times. The worship begins with the Vedic mantras dedicated to Lord Vishnu with offering flowers to the god. The devotees fast for nine days by consuming only fruits and milk.

People start the festival by taking early morning bathe and the youngest female member of the family applies a red Tilak (mark) to all the other family members before everyone joins in the worship. The worship is followed by prayers and offering flowers and fruits to Lord Rama. An image of Rama is placed in the cradle and at noon the covering is removed, and Naivedya is offered to Rama. In North India, the main attraction is a gaily- decorated chariot with four persons sitting and dressed up as Ram, his brother Lakshmana, Lord Hanuman and Lord Rama’s queen Sita. Many places in North India host fairs in connection with the festival with spectacular fireworks on Ram Navami.

In South India, the celebration of the Ram Navami day is celebrated as the wedding anniversary of Lord Rama and Goddess Sita. The festival is known as Sitarana Kalyanam is held at the temples throughout South India region, accompanied by chanting the name of Rama. Whereas in Uttar Pradesh, Ramnavami is celebrated in all Vaishnava Temples and the ritual starts with a coconut placed in the cradle and in the midday the priest announces the birth of Rama. It is believed by fasting on this day, Lord Rama will fulfil all the wishes of his devotees.

The celebration of Ram Navami festival is given such an importance in India, that even in the days when the caste system was prevalent in the country, the Shudras were allowed to participate in the occasion.