India’s civilization is an ancient one, and as such, it possess a rich natural legacy. An integral part of this culture is the performance of exotic classical dances. The ultimate objective of this dance was spirituality. Although the various dance forms in this country evolved from different regions, they share the same roots, which is the Sanskrit text – “Natya Shastra”.

With the passage of time, the classical dances of India gained a rapid popularity around the world and even today, enjoy a global popularity. The onlookers of these dances are often hypnotized by the perfect harmony of music and dance steps, often throwing them into a trance. Most of all, they are a magnificent display of emotions. In this blog, we bring you the classic dances of India that have entranced people and won uncountable admirers all around the world. 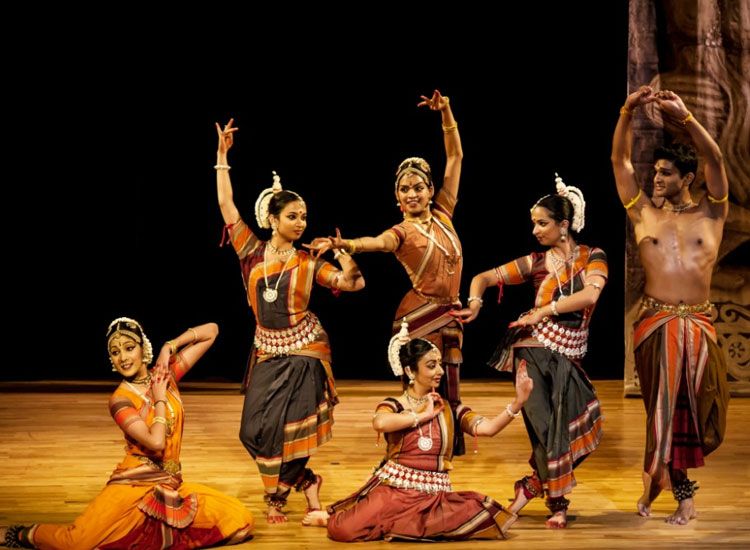 One of the most famous classical Indian dances is Bharatnatyam. Its most popular in the South Indian states of Karnataka and Tamil Nadu. Almost 2,000yrs old, its believed that this form of dance was revealed by Lord Brahma to Bharat, a famous sage who codified his secret dance in a Sanskrit dance called Natya Shastra.

This dance combines various elements like Bhav, Ras, Rag and Taal, and is also known as “Sadir”. Originally performed by Devadasis, its performers are clad in immense and charismatic makeup. The costume that goes along with the dance is the brightly colored sari. Some of the most famous Bharatnatyam dancers in the world are Yamini Krishnamurthy, Meenakshi Sundaram Pillai, Saroja Vaidyanathan and Janaki Rangarajan, besides others.

[ Plan your Trip to Tamil Nadu with this customized package ] 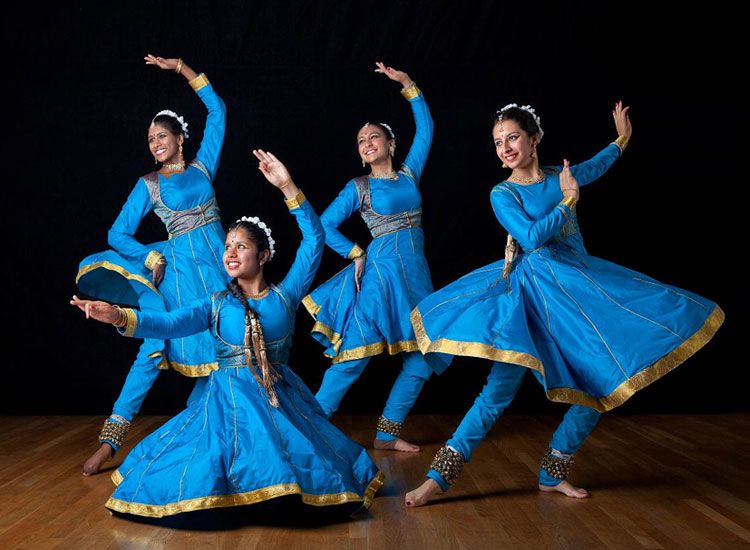 Kathak is one of the most famous classical dances of India, with its origins in North India. The themes of Kathak usually revolve around the stories of Ramayana, Mahabharata and Krishna. The beauty of this kind of dance form is that its presentation touches upon a wide variety of subjects.

Among the various classical and folk dances of India, Kathak bears a close resemblances to Raslila of Braj. Its acclaimed the world over for its incredible footwork, amazing spins, Nazakat and Padhant (chanting of bols, toda, tukdas by dancer himself and then performing). Most of all, it engages the audience and the dancers. Compared to the movements of South Indian dances, the body movements are quite straight here. Instruments like Pakhawaj, Tabla, Sarangi, Sitar, Harmonium, Flute, and Sarod, apart from others, are used. Some of the famous Kathak dancers in the world are Shambhu Maharaj, Sunder Prasad, Baijnath Prasad “Lacchu Maharaj” and Damayanti Joshi, besides others. 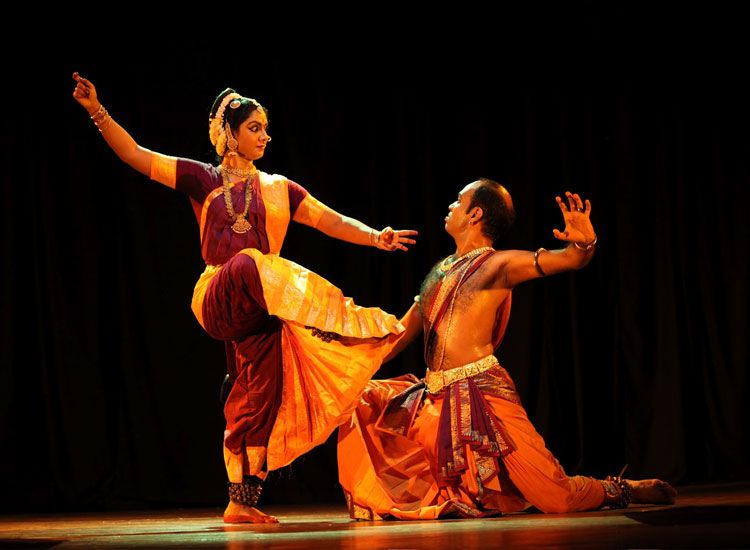 The classical dance styles of India are famous for their harmonious music and body movements, and Kuchipudi is one of them. This dance form derives its name from the Kuchipudi village of Andhra Pradesh, and recreates scenes from the various Hindu epics, legends and mythological tales through a delightful combination of music, dance and acting.

What distinguishes this dance form from the others is its use of speech. It is influenced by several qualities of Bharatnatyam and Odissi as well. Traditionally, this dance form was performed by males exclusively and their attire consisted of a simple “Angivastra”, also known as “Bagalbandi”, along with a dhoti. It’s based on Carnatic music and the language is usually Telegu. The famous dancers of Kuchipudi are Raja-Radha Reddy, Yamini Reddy, Vaijayanti Kashi and Uma Rama Rao, apart from others. 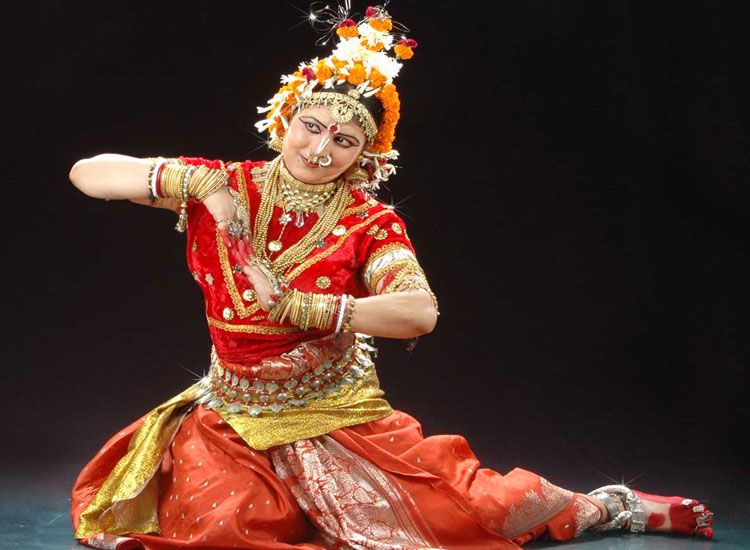 Watch the performance of Odissi with cultural tours India, it will be a thrilling experience. Mentioned in the oldest Sanskrit text – Natya Shastra as Audramagdhi, this ancient dance form was traditionally performed in the holy surroundings of Shri Jagannath Temple. This is why, in the temples of Odisha, one finds various sculptures in this dance form. It’s a combination of Lasya and Tandav.

Like most other South Indian classical dances, this dance form had its origins in the Devadasi tradition. As in other dances, jewelry is used extensively although its silver colored rather than gold. South Indian, as well as North Indian music, is employed for the dance. The main musical instruments used in this dance are Pakhavaj, Tabla, Swarmandal, Harmonium, Sitar, Flute, Violin, and Cymbals. Odissi has now been included in the syllabus of IIT Bhubaneshwar’s B.Tech syllabus since 2015, and in doing so, became the first national technical institute to include an Indian Classical Dance form in their syllabus. The famous artists are Sonal Mansingh, Kelucharan Mohapatra, Deba Prasad Das and several other artists.

[ Plan your Tour to Orissa with this packages ] 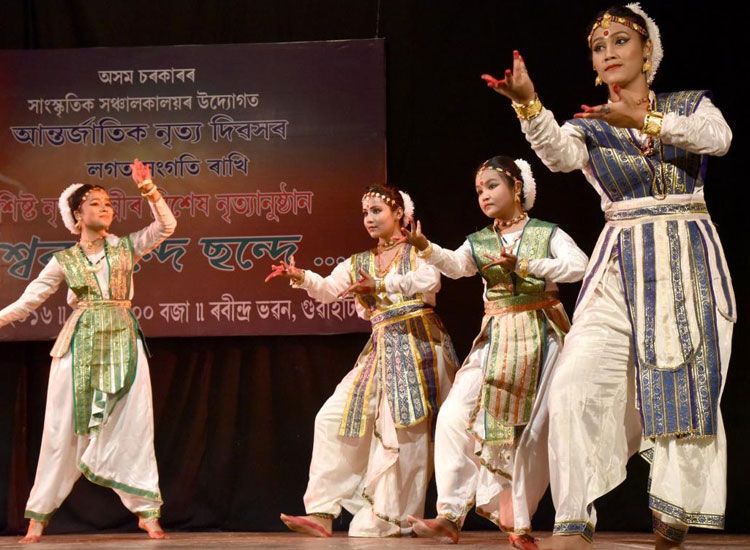 Another famous Indian classical dance is Sattriya, the traditional dance-drama of Assam. Recognized in 2000 as Classical Dance by Sangeet Natak Akademi, this dance form is heavily influenced by Vaishnavism, while the modern dance form called Sattriya is attributed to the 15th century Bhakti movement scholar and saint Srimanta Sankaradev.

Ever since the 15th century, Sattriya grew as part of Vaishnav Bhakti movement in Hindu monasteries called “Sattra”. These are the dance community halls (namghar) of monastery temples. However, today in enjoys a worldwide popularity. The themes performed usually revolve around Radha-Krishna and other associated myths.

The dramas which are presented for this dance form are usually written by Sankardev. Dhoti, chadar and pagudi (turban) are worn by men while performing, while women wear ghuri, chadar, kanchi (waist cloth), all of them materials manufactured in Assam. Musical instruments used in this dance are cymbals, flute, violin and harmonium, besides others. Some of the best artists of Sattriya are Guru Indira P.P Bora, Late Pradip Chaliha, Jatin Goswami and Anita Sarma.

[ Plan your holiday in assam with this packages ] 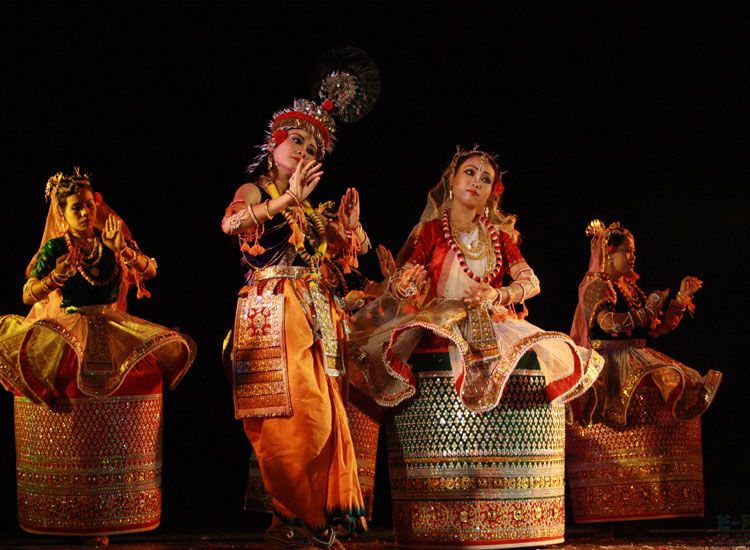 When you explore the various attractions of Manipur with India cultural tour package, be sure to check out Manipuri, one of the six major classical dances of India. Indigenous to Manipur, the most fascinating aspects of this dance form are its colorful decoration, lightness of dancing foot, delicacy of abhinaya (drama), lilting music and poetic charm.

This dance, also known as “Jogai”, displays the love between Radha-Krishna through Raaslila. The Manipuri dance form is categorized as Tandav or Lasya and incorporates significant movements of hands and upper body. Ghunghroos (Bells), which are worn in other dance forms, are not worn here. The different types of Manipuri dance styles are Tal Rasak, Danda Rasak and Mandal Rasak.

While the female dancers wear decorative barrel-shaped drum-like long stiff skirt till bottom with decorative establishments, males wear the dhoti kurta along with the white turban, a folded shawl over the left shoulder and the drum strap over the right shoulder. Some of the most famous performers of this dance are Guru Bipin Sinha, Nirmala Mehta and Savita Mehta.

[ Visit Manipur with our these customized packages ] 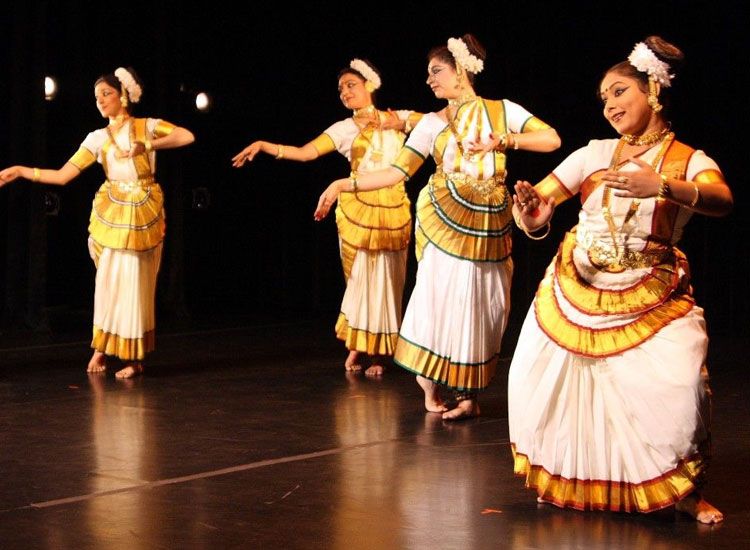 Mohiniattam, a classical dance form of Kerala, is derived from the words “Mohini” (meaning beautiful women and “attam” (meaning dance). It employs elegant feminine style with surging flow of body movements. Originally developed in the tradition of the Devadasi system, it later attained a classical status.

The costumes for this kind of dance are usually white or off-white. Women performers also sport a prominent one-sided hairstyle (bun) called Kuduma. What makes it unique are its adorable ornaments. Mukundraj, Krishna Panicker, Thankamony as well as Guru and Dancer Kalamandalam Kalyanikutty Amma provided their enormous contribution in the revival of this traditional art form.

[ Plan your Holiday in Kerala with our well-crafted tour packages ]