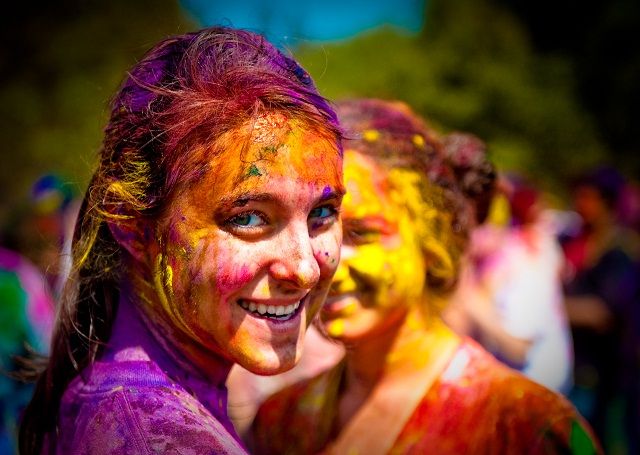 Holi Festival, one of the most unique and exciting cultural festivals of India is knocking on the doors. But, how much do you know about the Holi and how it is celebrated in India and around the world. Check out the following set of questions to check and know more about this incredible Holi in India in 2022.

What is the Holi Festival in India?

The festival of colors, Holi holds a special charm in the bouquet of Indian festivities, marking a special occasion to enjoy meeting your dear ones, celebrating with colors and savoring lip smacking sweets and other delicacies. The festival has a long tradition in India. It was primarily celebrated to commemorate the victory over evil, with the burning of demon Holika and protection of Prahlada by Lord Vishnu. Later on Lord Krishna too popularized this festival by playing pranks and throwing colors on village girls, known as Gopis. The festival has now assumed international importance with people from all over the world, irrespective of their religion and nationality participating and relishing the joy of love, friendship and brotherhood that this festival preaches.


[Plan you Holi in India]

What happens during the Holi Festival?

Holi being one of the most important festivals in India, is celebrated with much fervor and gait. Primarily being the festival of colors, Holi has incredible vibrancy and a wonderful exhibition of diverse hues. Although tradition various slightly from place to place, the most common practice to celebrate Holi is putting colors on each other. This color is either in the form of dry powdered form called ‘Gulal” or can be water colors which are prepared by mixing them with water. 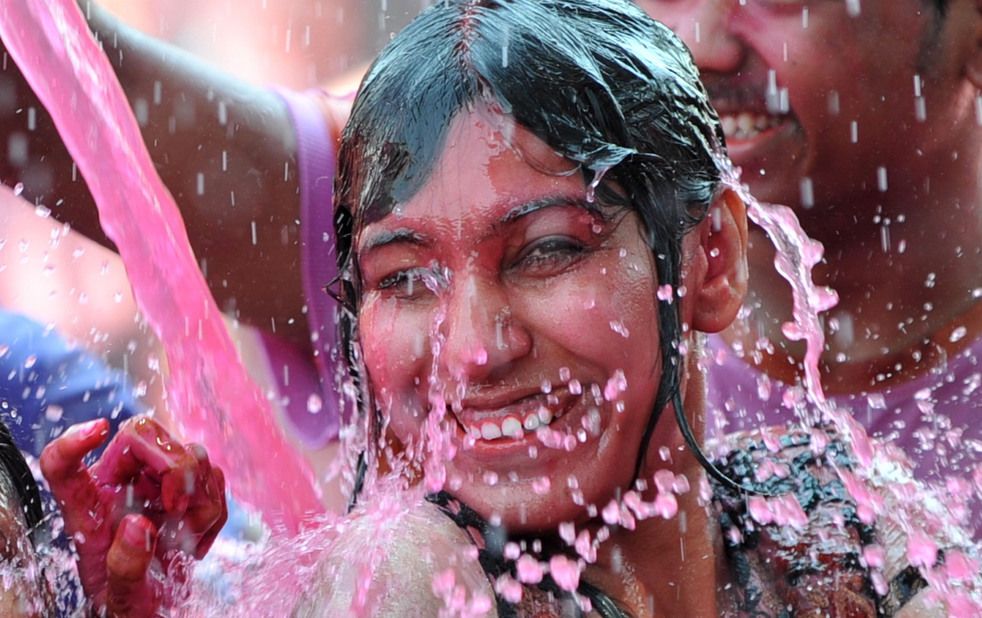 Children are especially enthusiastic during Holi and find their own ways to play and enjoy. Throwing water balloons at each other as well as putting water on each other with water guns called “Pichkaris” is especially popular with them. At some places bhang (a concocted mix of cannabis with water, used as an intoxicant) is also taken as a part of celebration.

In a typical tradition relatives and family members get together and enjoy sweets, especially Gujiya, malpuas, dahi badas, mathri, puran poli which are specifically prepared for the festival. Songs, dance and Music and drum beats are part of numerous festivities of Holi within India and around the world.


What is the holi powder made of?

Holi powder, called the “Gulal” in all local languages, is a custom made color preparation, using a variety of ingredients and which is extensively used as a part of the festival celebrations. The contents of the Holi powder have changed overtime. While in olden days gulal color was extracted from natural elements like flower petals, vegetable and plant sources, nowadays artificial sources like chemicals are increasingly used as an alternate. However, with demand, toxic and dangerous elements are used as the base that can be extremely lethal for skin and body. Nevertheless with awareness, natural sources are again making a comeback as the base for Gulal. Moreover, Gulal color could also be made at home which is the best and safest method to make it.

Where is Holi Celebrated?

Principally a Hindu Festival, Holi is one of the chief festivals for Hindus throughout India and over the world. However, due to its universal appeal and its message of love, tolerance and universal brotherhood, Holi is is celebrated all over India with equal spirit and enthusiasm.

As a result for many, Holi has come as an occasion for a joyful get together and a welcome break from the usual chores of life. Across the world people mix with resident Hindus to celebrate, feast and revel the festivities as well as learn about numerous Indian traditions. Many people also light the Hoil bonfire called Holika Dahan to commemorate the victory of good over evil and celebrate with smearing color over one another.

What Rituals are performed?

Holi is a festival that witness people across India and abroad enjoying in the fun. Days before the actual festival, people begin to collect dry fire wood, so as to prepare for the Holi bonfire. On the day before the actual celebration, a huge bonfire (Holika Dahan) is lit.

Mostly, all major squares of cities and towns organize the burning bonfire ceremony to celebrate victory over evil. According to the legend, Holika, the evil sister of the demon Hriranyakashyapu, tried to kill the son of her brother, Prahlad, who was an intense devotee of Lord Vishnu. As she tried to kill him, she got killed herself by being burnt in the bonfire.

Next day, people start early to celebrate by putting colors on each other and wishing “Happy Holi”. Children are especially enthusiastic and they form groups called “tolis”. They ramble around different neighborhoods and smearing colors on anyone they find. There is no specific puja for the day, however people worship their deities by offering colors. Also, sweets like Gujjias, malpuas, mathris are especially preparation during this  occasion. As the festivities subside in the evenings, it is time to wish family, neighbors and others.

What to Expect During the Celebrations?

Holi is an occasion for a cordial get together, enjoying, celebrating, and exchanging wishes and sweets. The message of Holi is universal brotherhood. Therefore, everyone joins in the celebrations, regardless of race, religion and gender. Play within water, colors and thoroughly revel in the celebrations. Make sure to wear old clothes. Also, dab your body with coconut oil. It prevents the bad effect of colors and ensures easy removal.

Holi marks a great day of joy and elation. However, one needs to observe certain precautions to enjoy the festival fully.

Know More about Holi at Wikipedia