Holi or can be rightfully said as the festival of colors is one of the most celebrated festival in India spreading joy and happiness among the nation. Following the ritual, Holi is celebrated on the full moon day in the month of Phagun according to Hindu calendar. Holi is the favorite festival among youngsters who blow gulal in bright colors in the air and apply it on each other and on the feet of the elders in the family. It is not only a favorite among youngsters but also among elders who celebrate this festival of colors to relieve themselves away from routine tensions and problems. The purpose of holi is not only getting rid from negativity but its significance is more than this. Holi is a symbol of triumph of good over evil. It is celebrated over two days. On the day before Holi known as Chhoti Holi, a bright bonfire is lit. There is a legend associated with it. According to the legend Bhakht Pralad was a big follower of Lord Narayana. His father, the cruel king has conspired with his sister Holika to kill his own son Prahlad. Prahlad was saved by the grace of God while the Holika was consumed by fire. This legend helps to re-establish the faith in God who is the supreme doer of the world.

According to another ritual Barley seeds are also lit in the fire and when the fire burns, the burned seeds are consumed by the people. Earlier people used to predict the future harvest on the basis of the condition of seeds and the direction of the flame. It is believed that these ashes are very auspicious and should be taken at home for protecting them against many diseases and for the prosperity of the family members.

Holi is not about mindlessly throwing colors on the passersby and creating nuisance but it is broadly meant for taking out all your negativity from your mind and soul. Many sweets are specially made on the eve of Holi like Gujiyas, which is by far is the most famous mithai prepared at the time of Holi. Other sweets like laddoos are also prepared and consumed on this occasion. Special drink named Bhang is known as the flavor of Holi. Without Bhang, the celebration is not fully enjoyed. People drenched in colors prepare Bhang or thandai for ultimate fun and enjoyment.

Festival of colors Holi is truly a spiritual experience with a pinch of fun, togetherness and enjoyment which does not differentiate between people of different races, colors, creed and traditions. It is an excuse for the people to get rid of the monotony of life. 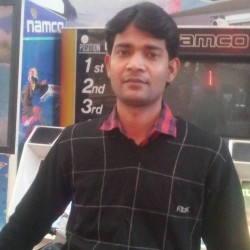