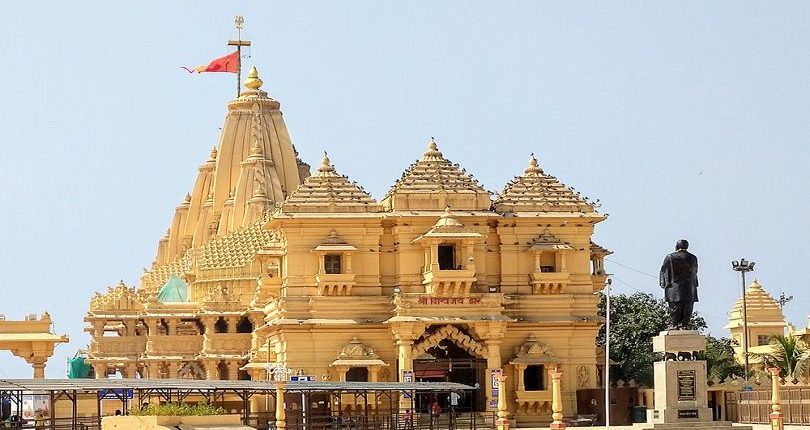 Home to one of the 12 Jyotirlingas, Somnath is a renowned temple town situated on the western coast of Gujarat. With a plethora of places to visit in Somnath, you can get a sneak peek into the rich culture and heritage of this important pilgrimage site.

As per Hindu mythology, the Moon-god lost his lustre due to a curse and to restore it, he bathed in the Saraswati River. This is how the town got its name – Somnath, meaning ‘the lord of the Moon’.

Here is the list of 10 places to visit in Somnath:

First, among the 12 Jyotirlingas, Somnath Temple is built on a place where Lord Shiva is believed to appear as a fiery column of light. The primary temple has been built in gold by the Moon God. It has been reconstructed several times after repeated destruction by invaders and rulers. The present temple was built in 1951 in the Chalukya style of architecture. 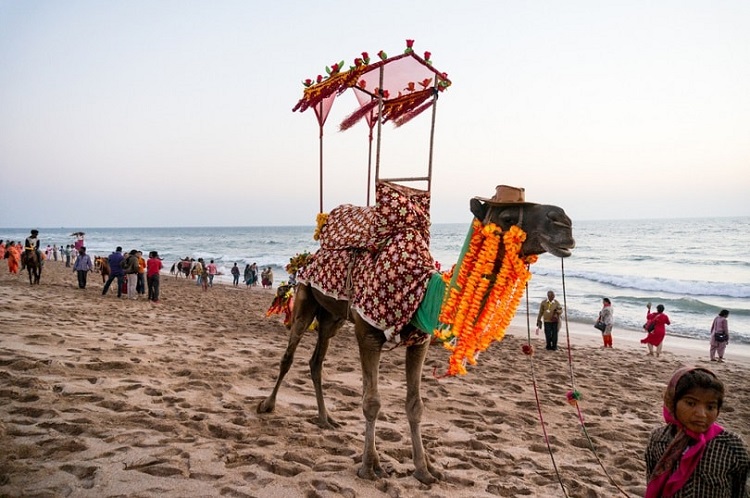 Situated at just 750 m from Somnath Temple, it is one of the most famous beaches in Gujarat. Somnath Beach is renowned for clear water, long stretches of sandy shores, and sparkling waves. This beach is not ideal for swimming as the waves are very high. However, the scenic beauty of this beach is beyond description. It is a paradise for beach lovers and an amazing place to hang out with family and friends. 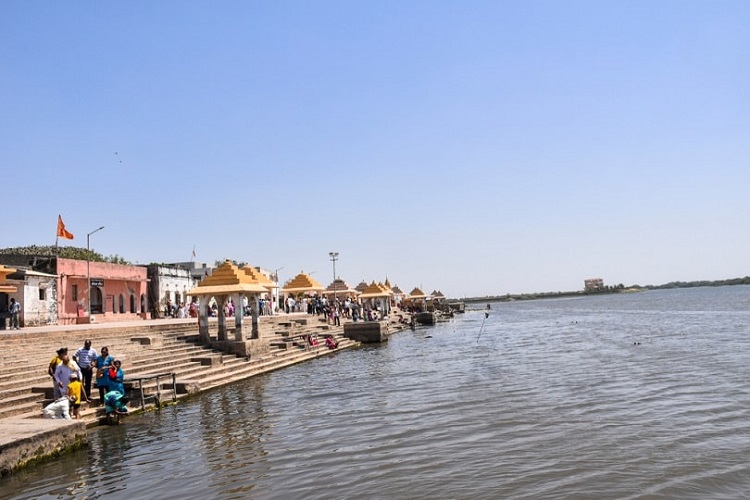 The confluence of three holy rivers – Hiran, Kapila, and Saraswati Rivers, Triveni Sangam holds a significant place in Hindu Mythology. In Somnath, it is one of the important places to visit. It is believed that bathing at Triveni Sangam washes sins and also helps in achieving salvation. According to mythology, it is considered to be the cremation spot of Lord Krishna. Do not miss an opportunity to take a boat ride to the confluence point. 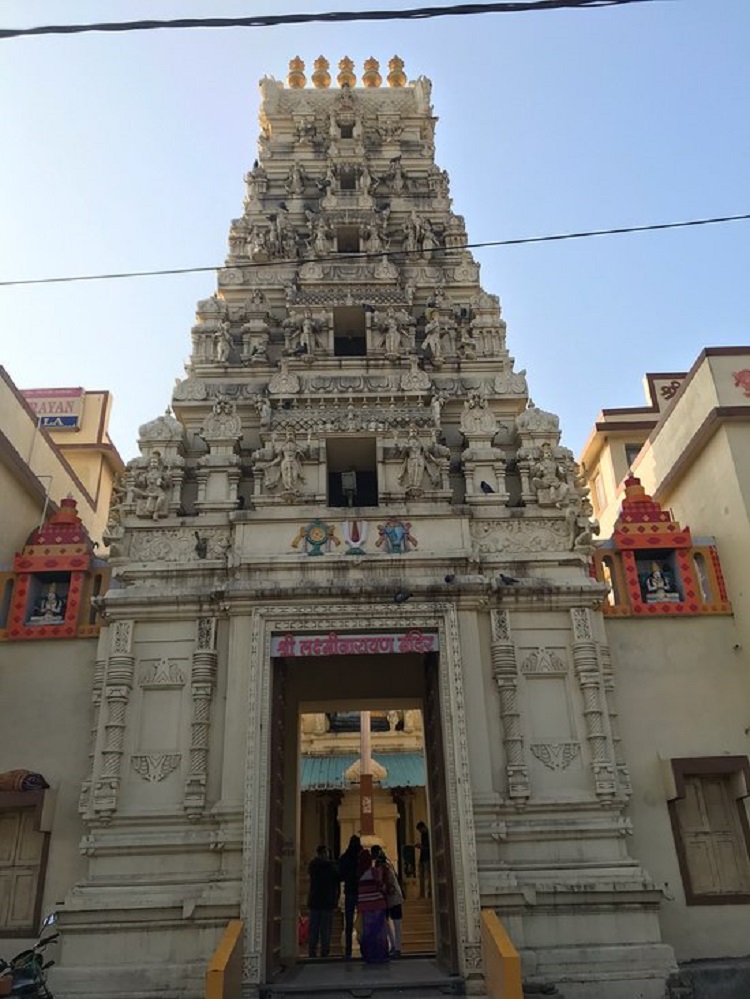 Situated on the bank of the Triveni Theerth, Lakshmi Narayan Temple was constructed by Raja Sahil Verma. Dedicated to Lord Vishnu and his consort, Goddess Lakshmi, the temple is famous for the carvings on its pillars. These carvings depict the sacred message of Lord Krishna, mentioned in Bhagavad Gita. This fact makes the temple one of the most popular places to visit in Somnath. 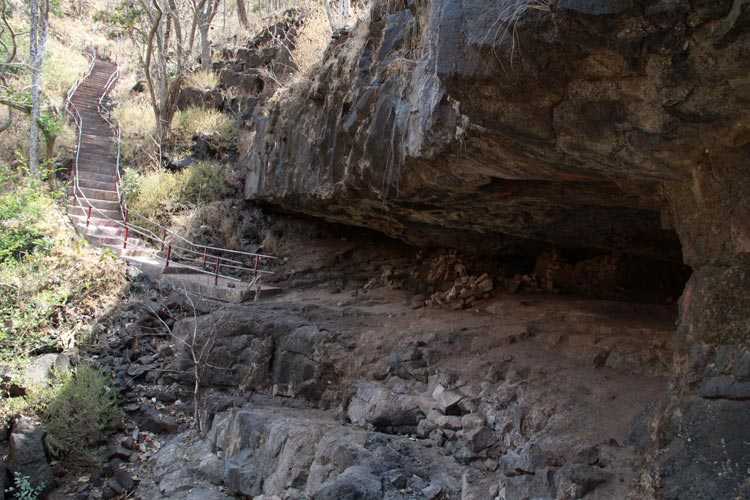 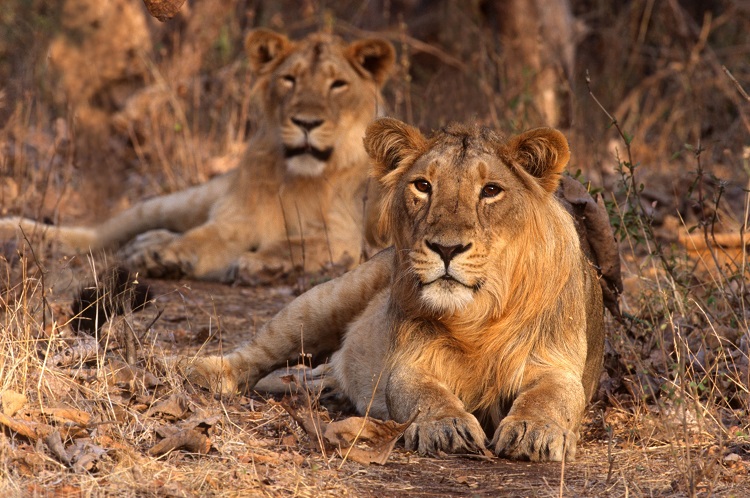 Gir National Park is the only dwelling place of endangered Asiatic Lions other than Africa. It is home to 36 species of mammals, 300 species of birds, 40 species of reptiles and amphibians. Spread on 1413 sq. km of land in the Saurashtra region of Gujarat, Gir National Park comprises three reserves that are adjoined and comprise of Nalsarovar Lake, Rann of Kutch, and an Indian Wild Ass Sanctuary.

The only entrance of Somnath from the nearest city of Veraval, Junagarh Gate happens to be one of the most important historical attractions of Somnath. This landmark boasts of intricate carvings dating back to ancient times and also has a sculpted tiger on the top of the gate. Junagarh Gate stands the test of time and is an example of the grandeur and splendid history of the town.

Prabhas Patan Museum is an archeological museum, which comprises a stunning collection of 3500 objects under 3 major categories. The museum showcases different artifacts like sculpture, carved stones, statues, sacred waters, pottery shards, seashells, inscriptions, and coins from different times. It is a perfect place to get an insight into the intriguing history of Gujarat.

Situated near the Triveni Ghat and dedicated to Sun God, Suraj Mandir is as old as the primary Somnath Temple. Being a popular worshipping place, this temple was also a victim of plundering and invasions, as recorded in the annals of history. The temple has many animal figurines like lion and elephant. It is regarded as an architectural marvel and a must-visit place in Somnath. 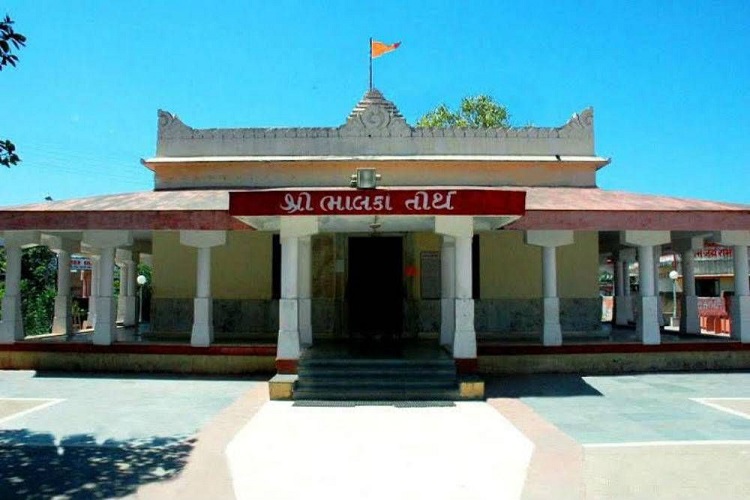 Dedicated to Lord Krishna, Bhalka Tirth is one of the most significant temples in Somnath. It is believed that the temple is constructed on a place where Jara, the hunter, mistakenly shot an arrow at Lord Krishna and he left his earthly existence for his heavenly abode. The divine Leela of Lord Krishna is immortalized in this beautiful temple.

This prominent pilgrimage town is home to several tourist attractions, which are having a number of stories and legends revolve around it. Now you have a list of amazing places to visit in Somnath, which can leave you captivated. Plan your trip to Somnath and do not forget to add these attractions to your itinerary. Explore these wonderful places and get a glimpse of the rich culture and history of this popular town.