Chhattisgarh is one of those rare tourist destinations which still enjoys the feeling of being untouched. Endowed with a rich cultural heritage and blessed by nature’s bounty, there is a lot that a tourist will find of interest here. After all, this state is home to the Chitrakote Falls, also known as the mini-Niagara Falls of India due to its enormous height, along with the great width which it possesses. Wildlife is also another major attraction in Chhattisgarh, with the state’s numerous wildlife sanctuaries being centers of eco-tourism. However, Chhattisgarh also does not lag behind in urbanity, and a visit to the city of Raipur amply demonstrates that. With its numerous avenues for entertainment, it’s the favorite hangout of youngsters looking to have a great time. Well, here we bring you the 12 must visit tourist places in Chhattisgarh that show you the best that this lovely state has to offer. 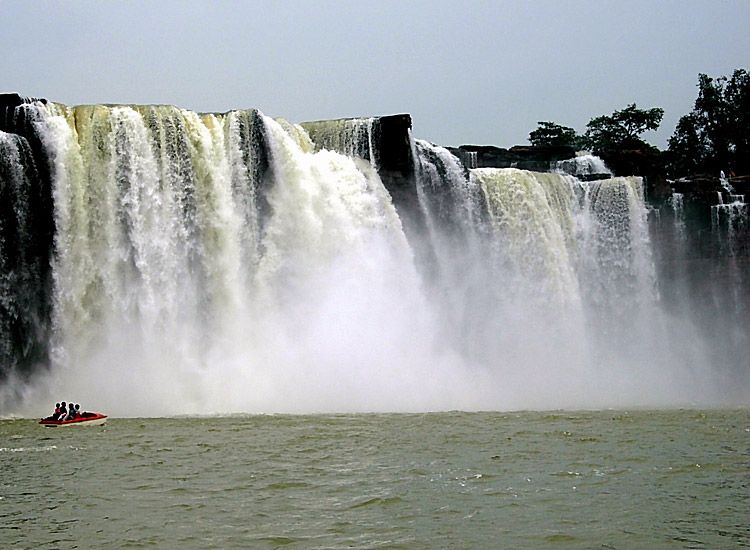 When it comes to the topmost tourist attractions in Chhattisgarh, Chitrakote Falls inevitably finds its way to the top. This waterfall is located around 50km away from Jagdalpur of Bastar District. Also known as the mini-Niagara Fall of India, this horse-shaped waterfall makes it’s descend from a height of almost 100ft. Making its way through dense vegetation and cascades, it creates a spectacular sight. The roar of the waterfall reverberate through the surrounding areas, while the mist lingering at the base lends it an artistic view. Chitrakote Falls are formed by the waters of the River Indravati which flows from the Vindhya Mountain range. The best time to visit the waterfall is during the monsoon season, between the months of July and October. 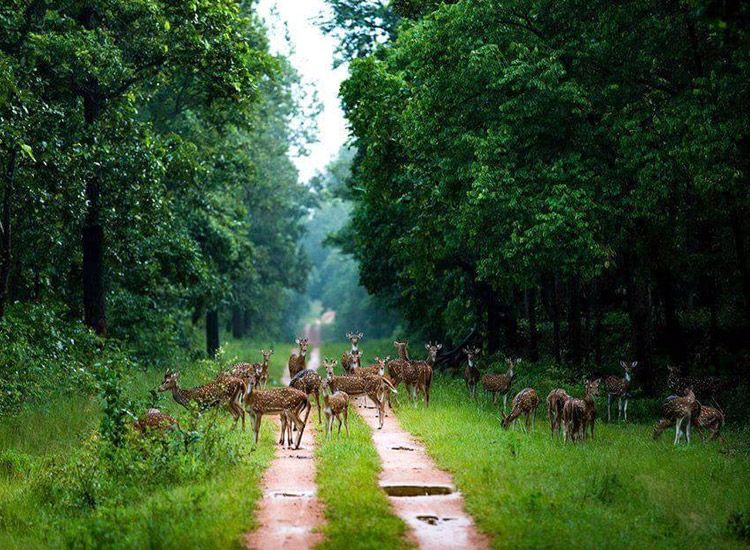 Located around 100km from Raipur and 45km from Mahasumund City, Barnawapara Wildlife Sanctuary is one of the famous tourist attractions in Chhattisgarh. The sanctuary is home to Bar and Nawapara forest villages, and derives its name from them. Its landscape mostly consists of flat terrain dotted with occasional low and high hillocks. You should visit this sanctuary to catch a glimpse of the fearless Indian Bison, also known as “Gaur”. The sanctuary also houses other attractions including neelgai, wild boar, sambhar and cheetal. The park also boasts around 150 species of birds. Another delightful sight which you are sure to come across on a visit to this park is the barking deer. 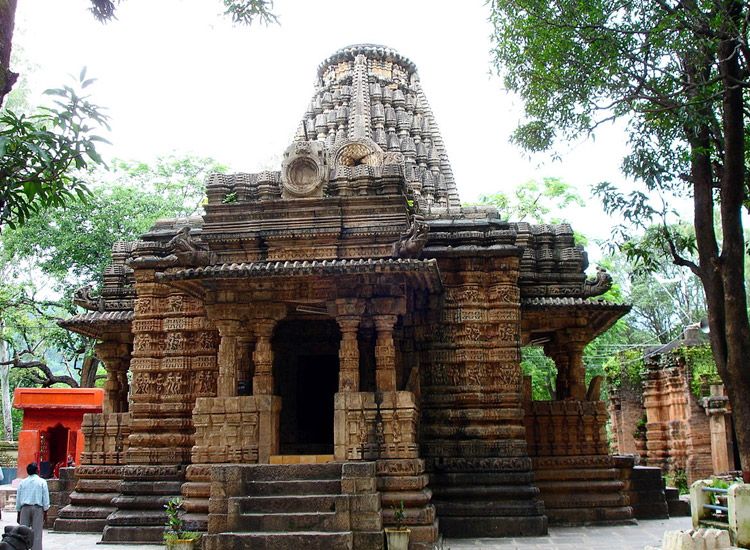 If you are making a list of the popular tourist destinations to visit in Chhattisgarh, then make sure you include Bhoramdeo Temple in that list. At first sight, the temple bears a striking resemblance to the Sun Temple in Konark, or the Khajuraho Temple in Madhya Pradesh. Is it surprising then, that Bhoramdeo Temple is also known as “Khajuraho of Chhattisgarh”? It is believed that this temple was built somewhere around 7th to 11th century by King Ramachandra of the Nag dynasty. The temple is constructed in the nagar style of architecture and dedicated to Lord Shiva. After seeking blessings at the temple, you should check out the magnificent views of the surroundings that the temple offers. 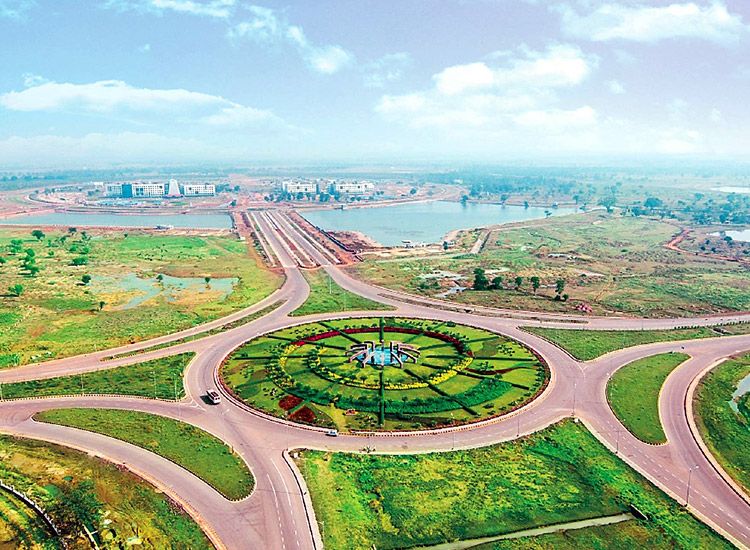 How can you come to Chhattisgarh and not visit Raipur, its capital city? Raipur traces its existence to the 9th century, and the remnants of that period can still be seen in the southern part of the city. Raipur is enthusiastically visited by historians, archaeologists and all those interested in exploring the past. As a tourist, you will find a lot to do and see in this city. One of the attractions is Mahant Ghasidas Memorial Museum, which contains a stunning collection of items used by the different tribes of Chhattisgarh. Doodhadhari Monastery and Temple is also popular with the tourists. To spend a quiet evening, you should head to the Budhapara Lake, built by King Brahmadei in 1,404 AD. Other attractions of Raipur are Vivekananda Sarovar, Nandavan Garden and Hajra Waterfall. 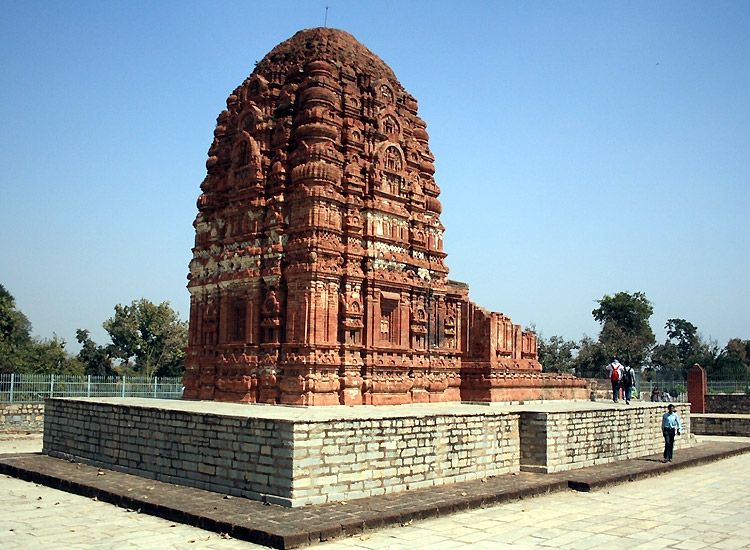 One of the famous tourist attractions of Chhattisgarh is Sirpur. Located just 84km from the capital, Raipur, its home to fascinating archaeological remains besides being gifted with a traditional cultural heritage and architecture. It’s quite interesting to know that Sirpur finds a mention in the ancient epigraphic records dating back to the 5th to 8th century. Upon visiting this place, you can’t help but notice the slow pace at which life goes on in this quaint village. One of the major attractions is the Laxman Temple. A visit to the Laxman Temple is special because this is the first temple in India made from bricks. The temple, dedicated to Lord Vishnu, rests on an enormous platform and is accessible by steps both in the north and south. 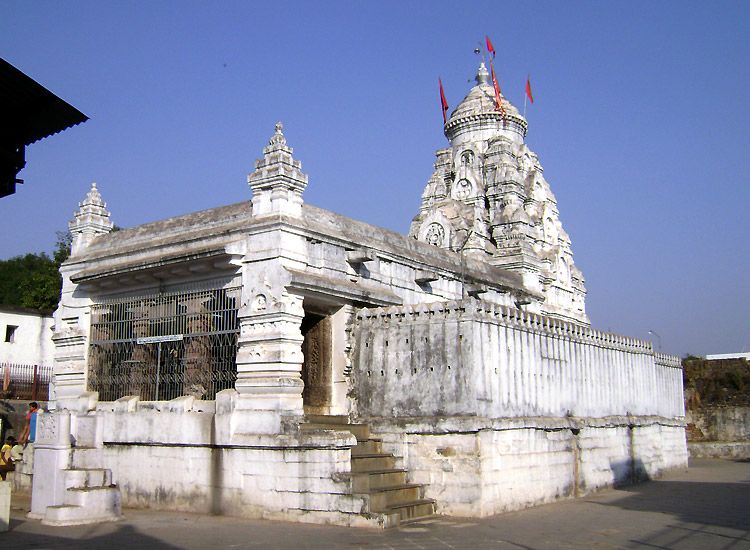 Chhattisgarh boasts a rich cultural heritage and beautiful ancient temple. Rajim is one of the places where you can see the cultural side of Chhattisgarh. Another interesting fact about Rajim is that it’s known as the “Prayag” of Chhattisgarh. It’s so-called because it’s the meeting point of the three rivers – Mahanadi (Chitrotpala), Pairi and Sondur, also called Triveni Sangam. Shri Rajiv Lochan Mandir is a famous ancient temple dedicated to Lord Vishnu. The temple stands on twelve towered columns adorned with exquisite stone carvings which bear the faces of various gods of the Hindu mythology. Another fascinating sight is the picture of Lord Buddha seated in a meditative position under the Bodhi tree. 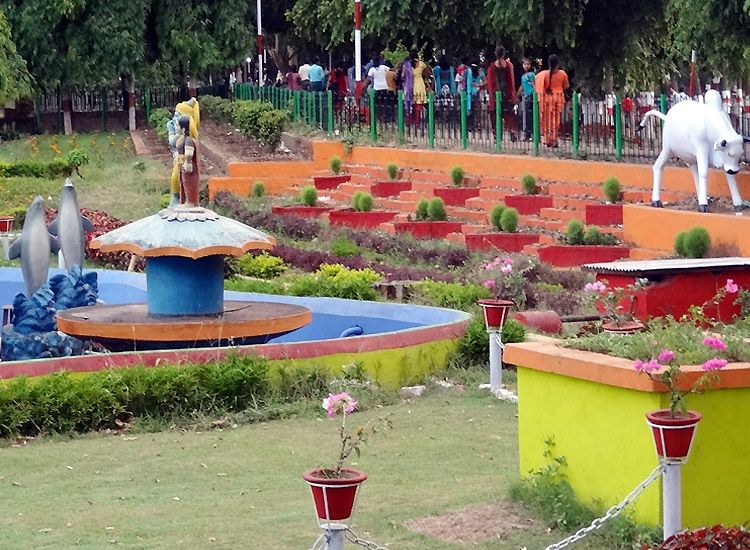 Maitri Bagh (garden and zoo) is a great place to spend your day in the company of nature and wildlife. Located in Bhilai, the zoo comprises of 111 acres of park land. Maitri Bagh, a friendship garden, was established in the year 1972 by Bhilai Steel Plant (BSP) as a symbol of India –Russia (then USSR) friendship. It is where the locals head to for relaxation and recreation. It boasts a massive musical fountain, boating facilities and perfectly manicured lawns. The park is also home to a zoo which houses an interesting variety of wildlife. 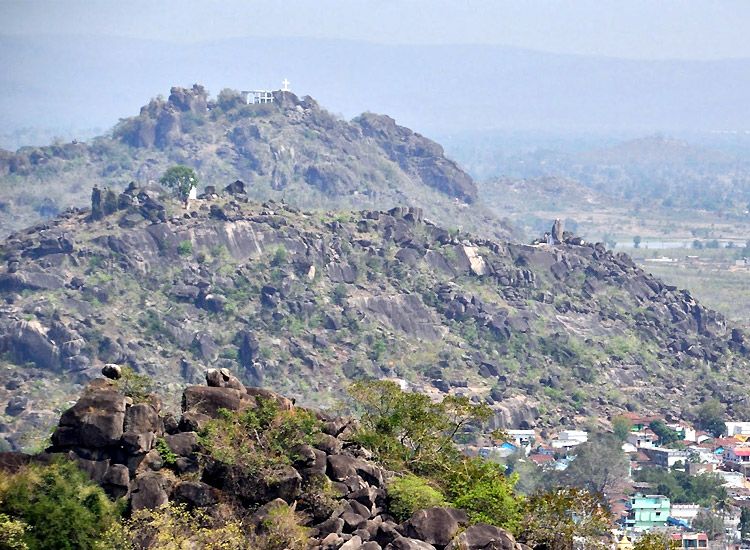 Dongargarh is considered to be the top pilgrimage destination in Chhattisgarh and also a top tourist attraction. There is a famous temple here by the name of Maa Bamleshwari which stands atop a hilltop at almost 1,600ft. The temple is also referred to as Badi Bamleshwari. Another temple which lies about half a kilometer away from this temple is known as Choti Bamleshwari. The temple attracts thousands of devotees during the time of Navratras of Kavar (during Dusshera) and Chaitra (during Ramnavmi). During the occasion of Navratras, melas (fairs) are organized in the temple which last as long as a day. If you happen to be in Chhattisgarh this time of the year, this is something to look forward to. 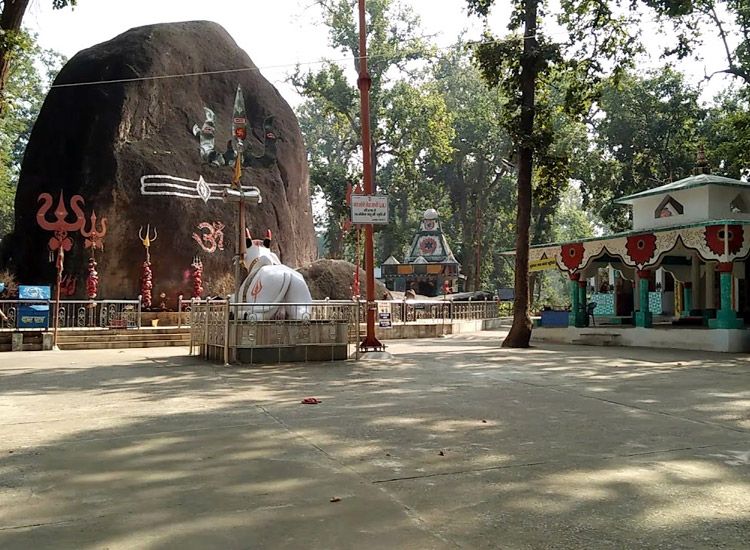 In the Maroda village of Gariaband district of Chhattisgarh lies an amazing sight. This village owes its popularity to its enormous shivling, which, some say, is the biggest in the world. However, what is even more interesting is that the shivling grows by six to eight inches every year. Measuring 18ft tall and 20ft wide, it’s a fascinating sight to come across. During the holy month of Shravan, this site is visited by a large number of devotees from all over the country. The people believe that one can get rid of all worries just by offering a jug of water to the shivling here. 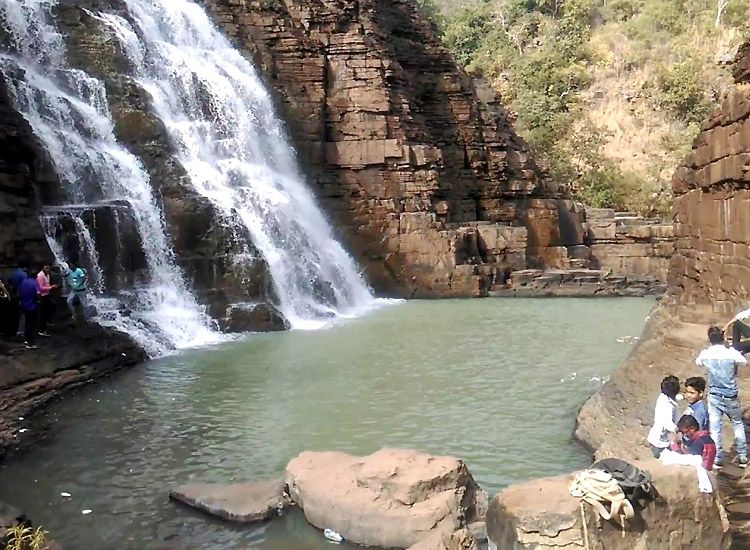 Tirathgarh Falls is one of the most visited places in Chhattisgarh. The beauty of these falls lie in the way they split into multiple falls as they descend from a height of almost 300ft, thus creating a spectacular sight. The waterfall is surrounded by lush green forest, while a small temple is located beside the falls. 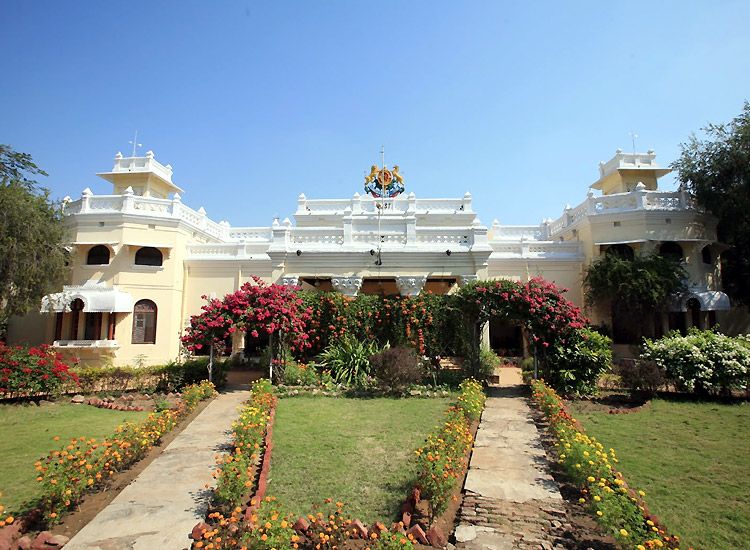 Kanker Palace, now a part of heritage hotels of India, was built in the first quarter of the last century, and was earlier known as Radhanivas Bagicha. The palace, which once served as the residence of the British Agent during the British Raj, is now lived in by the royal family. Kanker Palace, with its colonial style architecture, is stately and elegant and exudes an old-world charm and ambience. 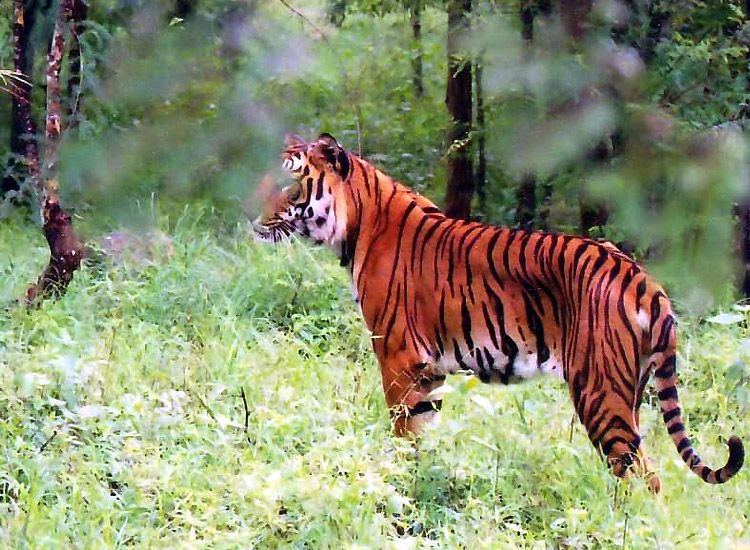 Achanakmar Tiger Reserve was declared a tiger reserve under Project Tiger in 2009. Extending to over 557sq. km area in Bilaspur district of Chhattisgarh, it is home to an impressive amount of tigers. Visiting the tiger reserve can be an exciting experience. Apart from the tiger, you can also spot other forms of mammals including Indian giant squirrel, wild dog, hyena, sambar, leopard and tiger. Achanakmar Tiger Reserve is also home to over 150 species of birds. Visiting the park during your stay in Chhattisgarh can be a rewarding experience.