It is no exaggeration to say that India is not only popular for its rich history and natural diversity but is also famed for being a ‘Land of Religions’. The country is home to people of different religions Jainism, Buddhism, Christianity, Sikhism, wherein majority of whom follow Hinduism and they all stay in unity.

To seek inner-peace and to pay homage to their deity, a crazy number of Hindu followers embark on a pilgrimage tour to the abode of their god or goddess. Although religious temples and sacred places are sprinkled all across the length and breadth of India but a number of popular ones are nestled in the foothills of Himalayas such as Kailash Mansarovar, Chardham, Amarnath and Vaishno Devi.

The journey towards the main temple site of all the above mentioned pilgrimages is an extremely difficult one and undertaking them is not possible for a huge number of devotees such as specially-abled and old-age people. For such people, pilgrimage tours by helicopter are a blessing in disguise. Such tours are planned meticulously by a number of tour and travel companies.

A helicopter ride makes all these places easily accessible for people with any kind of physical deformity or old-age factor. Another amazing thing about these helicopter rides is that one can treat his eyes to the lush greenery and beautiful views spread all around. Once can actually save a lot of time as the distances get covered quickly.

Following are some of the popular Hindu Pilgrimage Tours by Helicopter :

Every year, nearly thousands of devotees undertake the Amarnath Yatra to pay their respect to Lord Shiva and view the naturally formed ice-linga (ice stalagmite). It is believed that this lingam is a symbol of Lord Shiva and the male and the female bird spotted every year, near the ligram are Lord Shiva and his consort Parvati themselves. The journey to the Amarnath Cave in Jammu and Kashmir, which is located at an altitude of 12,756 ft above the sea level, is tiring one and cannot be embarked-on by all. This is where Amarnath yatra by helicopter comes in. one can go aboard the helicopter from Baltal.

It is a dream of most of the Hindu followers to at least once the abode of Lord Shiva, Kailash Mansarovar. Open for pilgrims between the months of May and June, Kailash Mansarovar lies at an altitude of 19000 feet in the Gangadise mountains in Tibet. It is said that one who takes a dip in the Mansarovar Lake washes away all his sins. It is a known fact that embarking on a journey to Mount Kailash is not an easy task and is not possible if one is not medically-fit. A helicopter ride has not made it possible for Lord Shiva’s devotes to undertake this tough journey in an easy manner. Kailash Mansarovar Yatra is a chance for all to fulfill their dream. You will board a helicopter from Simikot to Hilsa.


Chardham Yatra is one of the most revered yatras for the followers of Hindusim and every Hindu wishes to embark on this journey, at least once in a lifetime. Kedarnath, Badrinath, Gangotri and Yamunotri are the 4 Dhams of Uttarakhand that can be easily covered by a helicopter ride. Sacred sites of 4 Hindu deities – Lord Shiva, Lord Vishnu, River Goddess Yamuna and River Goddess Ganga, these places were established by Adi Shankaracharya, a great Hindu Saint during the 8th century. Also known as Chota Chardham, these destinations are located in the Garhwal region of Uttarakhand. Chardham Yatra by helicopter is no less than a boon.

Arguably, Vaishno Devi is the most visited pilgrimage places in India for Hindus who are devotes of Maa Vasihnavi or Maa Shakti. Around 61 km away from Jammu, the cave temple of Mata Vaishno is placed at an altitude of 5200 feet above the sea level, amidst the Trikuta hills of the majestic Himalayas. The upward trek journey for the cave starts from Katra and is around 16 km. earlier devotes used to opt for either Pony rides or Palki ride to reach up to the cave but now slowly Vaishno Devi Yatra by helicopter is becoming extremely popular. Helicopter for this Yatra is available from Sanjhichat. 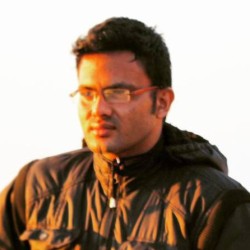 Deepak Rawat
When not busy in his profession, Deepak Rawat loves to explore the amazing planet earth as a seeker, learner and friend. Having traveled extensively across the India Subcontinent with keen interest in mountain hikes & treks. Deepak share his travel experiences, tips and useful information to enable fellow travelers to plan and execute some of the challenging trips across the subcontinent.

When not busy in his profession, Deepak Rawat loves to explore the amazing planet earth as a seeker, learner and friend. Having traveled extensively across the India Subcontinent with keen interest in mountain hikes & treks. Deepak share his travel experiences, tips and useful information to enable fellow travelers to plan and execute some of the challenging trips across the subcontinent.