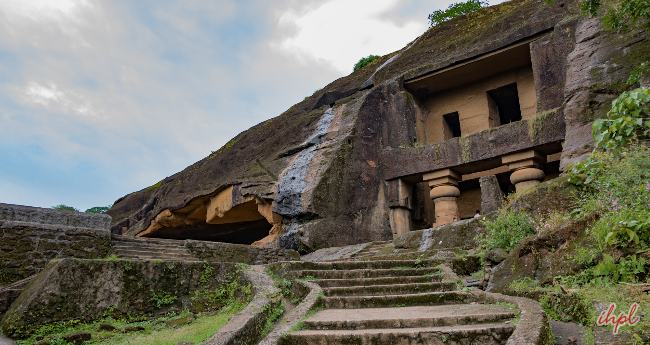 Visit the Kanheri Caves, a group of rock-cut Buddhist monuments located in lush forests on the outskirts of Mumbai. Cut manually centuries ago the caves comprise one of the world’s great religious sites. Admire the intricate carvings throughout the caves.

Take a drive from Mumbai to explore the Buddhist religious site known as Kanheri Caves. The name Kanheri is derived from the Sanskrit word Krishnagiri, which means Black Mountain.

Located in the wooded hills and valleys on the outskirts of Mumbai, the caves are considered to be some of the finest in India. According to historians, these caves were carved out between 200 B.C. and 600 A.D.

On this 5-hour excursion, you’ll learn about the 109 manually cut caves. Each is fitted with a stone plinth that evidently served as a bed. You’ll see a congregation hall supported by huge stone pillars and a dagoba or Buddhist shrine.

Kanheri is regarded as one of the world's great religious sites. Admire carvings that include a 20-foot Buddha image, the 11-headed Bodisattva, and the Nagaraja, an ancient pre-Buddhist serpent king.

The caves have an elaborate drainage system that channels excess water from the monsoons to the nearby Vihar, Tulsi, and Powai lakes, which in turn supply water to Mumbai.