The colorful state of Chhattisgarh with a sizeable tribal population celebrates all its festival with a great deal of joy and fervor. The Hariyali, Kora, Navakhani and Cherta Festivals are different festivals which are celebrated at different points of time. They are referred to collectively because all of these are agricultural festivals.

Agriculture is the backbone of the Indian economy and the state of Chhattisgarh is no exception. Even they are extremely dependant on cultivation for their living. The sowing of new seeds, the reaping of crops, the rich and bountiful harvest – for the people of Chhattisgarh each is an event that is to be celebrated joyously. So they rejoice whole heartedly on practically all the occasions that are related to agriculture.

Description of the Hariyali, Kora, Navakhani and Cherta Festivals in Chhattisgarh

The Hariyali, Kora and Navakhani Festivals are celebrated when the new crops are gleaned. It is a mark of thanksgiving to the lord for bestowing them with plenty. It is a token of their gratitude as well as a sign of their joy. After the hard work of so many days, their efforts have finally paid off and so they are elated.

The term Navakhani literally means eating of the new crop. They consume the grains themselves and offer it along with liquor to their forefathers. The grains are the fruits of their toils. They want to share their success with their predecessors who have blessed them and this small gesture is perhaps the best way to show their thankfulness. Even when the Cherta Festival is celebrated, the people consume pulse which is their agricultural product. They too remember their ancestors on this auspicious day and raw urda pulse is offered to them as well.

Time for celebrating the Hariyali, Kora, Navakhani and Cherta Festivals in Chhattisgarh 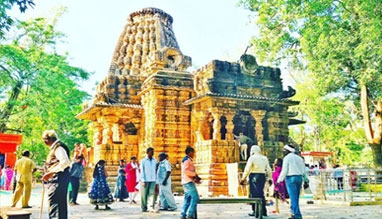 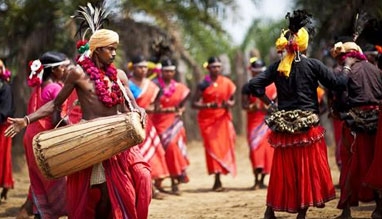