Amarnath yatra is the most revered pilgrimage in Hinduism, one which every Hindu aspires to embark on once in his lifetime. This religious Yatra is organized every year to the great Himalayas, by the government of Jammu and Kashmir. The Amarnath tour is attended by thousands of domestic and international devotees. Interestingly, the main cave temple site is located at a height of 12,756 feet from the sea level and is around 141 km away from the state’s capital city, Srinagar. Though the Yatra is physically taxing, pilgrims put in a lot of effort to complete the holy tour of the scenic Amarnath cave. You can plan your Amarnath Yatra via two routes- Baltal to Amarnath Cave and Pahalgam to Amarnath cave.

The Legend for Amarnath Yatra

According to a popular legend, a pigeon which came-out from a hatched egg, heard the Amarnath Katha. Another popular variation has a parrot in place of the pigeon as the central character. While Lord Shiva was narrating the Amar Katha, the secret of life and eternity, to Goddess Parvati, she fell asleep but the parrot started making noises. Hence, Lord Shiva thought that Parvati was listening to the story. However, when he finished the narration, he realized that she was actually asleep and the parrot was listening all this while. This enraged the Lord, who threw his trident (Trishula) to kill the parrot. In order to escape the trident, it is believed that the parrot entered in the body of a lady, who was a sage’s wife and decided to grow inside her womb. The baby that was later born, was named Shuka, went on to become a famous sage. Post this incident, Lord Shiva ordained that anybody who’ll visit the Amarnath Cave will surely attain Moksha.

According to the Hindu religious beliefs, the ice lingam shrinks and grows with the phases of the moon reaching massive dimensions during May to October. There are two other ice formations that represent Parvati and Shiva’s son ‘Ganesha’.

The registrations dates of yatra is starting from 3 March 2020.

Amarnath Yatra Dates are decided by the Amarnath Shrine Board (SASB), the caretaker of holy cave. In 2020, Yatra will starts from 27th June to 3nd August (tentative date) making it the best time to visit Amarnath.

How To Prepare for Amarnath Yatra

Special care needs to be taken during the preparation for Amarnath tour. Complete documentation and Medical fitness are paramount before embarking on the yatra.

Complete and proper documentation is a must before going to the yatra. It is imperative to register for the Yatra before devotees head for Amarnath. To get registered for holy sojourn:

1. Take your medical fitness certificate from a doctor authorized by SASB (Amarnath Shrine Board), which certifies you are fit for the physically arduous Yatra.

2. Essential documents you will need during the Yatra include (but not limited to) Voter ID, Driving License, Passport etc for your identity.

Physical fitness is essential and the main concern. If you have a great desire to embark on this yatra, you need to be physically fit and can prepare yourself by some easy but important activities like walking for at least 6 kilometers everyday for almost 2 to 3 weeks before starting the journey. Deep breathing exercise will also help. If you happen to suffer from lung diseases, high blood pressure and cardiac disease, it is advisable to seek doctor’s opinion, before proceeding to the holy voyage.

How to Reach Amarnath Shrine

Basically, two routes are decided for Yatra pilgrims - from Pahalgam and from Baltal. Though, both these routes are well connected from all major cities, a higher percentage of pilgrims prefer to begin their journey from Srinagar, a major reason being the easy accessibility of Srinagar airport/railway station/Bus Stand. From here, one can hire a taxi for Sonmarg or Baltal, which is around 106 km from Srinagar airport. You can even start your journey from Pahalgam, about 92 km from Srinagar. Here are details about how to reach Amarnath.

Amarnath via Baltal is the most popular route among Amarnath pilgrims since it is the shortest too. Baltal is only 14 km from the Cave, which can be covered by road and by helicopter. Helicopter service is especially for pilgrims who are short on time. Indian Holiday’s Helicopter Tour Packages let you save a lot of time and physical effort. The exciting Helicopter ride covers most of the yatra between Nilgrad (Baltal) to Panjtarni and the remaining 6 km distance can be covered by trek with the help of wooden sticks

Pahalgam, which was once famous in the Kashmir Valley for its natural beauty, has now turned into a base camp for pilgrims. Pahalgam base camp is just 96 km away from Srinagar and 47 km from the cave site. The first step of yatra is at Chandanwari, 9,500 feet, around 16 km from the Pahalgam base camp. Then next step is Pissu top, 3 km away, located at 11,000 feet, followed by Shesnag around 9 km from Pissu top that is located at 11,730 feet. The next destination is Panjtarni, almost 12 km away from here, placed at 12,000 feet. Nevertheless, you can also cover this distance by helicopter or by road.

How to Book For Amarnath Yatra By Helicopter 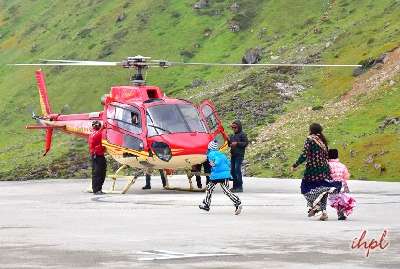 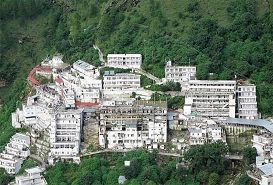 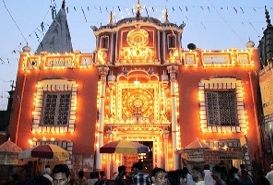 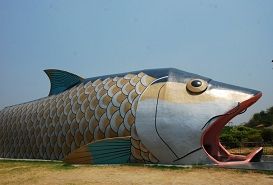 Ques: When is Amarnath Yatra Registrations 2020?

Ans: The Amarnath Yatra registrations date is staring from 1 March 2020.

Ques: What is the price of Amarnath Yatra by helicopter?

Ans: The price of Amarnath Yatra by helicopter is around 15k to 20k per person.

Ques: How to go Amarnath temple from Baltal?

Ans: The distance from Baltal to Amarnath is 14 km. Devotees can cover this distance by road and by helicopter. Either You can trek on this route or you can take Pony, Pithoos, Palki also you can take a helicopter.

Ques: How to go Amarnath temple from Pahalgam?

Ans: The distance from Pahalgam to Amarnath is 47 km which can be covered by road or by helicopter. You can trek on this route or you can take Pony, Pithoos, or Palki.

Ques: What are the cost of Ponies, Pithoos, Palki from Baltal to Amarnath temple?

Ques: What is the best tour packages for Amarnath Yatra?

Ques: What is the best time to visit Amarnath?

Ans: June to August is the best time to visit Amarnath Temple. The temperature ranges from 9 to 34 degrees during this time.

Ques: What is the Cost of Amarnath Yatra per person?

Ans: The cost of Amarnath Yatra is approx 10k to 15k per person.

Ques: How to book Amarnath Yatra by helicopter tour?

Ans: You can book Amarnath Yatra by helicopter tour package with India Holiday Pvt. Ltd. You can book the tour online without any hassle.

Ques: Why is Amarnath famous?

Ques: What are the famous attractions en route to Amarnath Yatra?

Ques: Does the visa require for Amarnath Yatra?

Ans: No, the visa does not require for Amarnath Yatra.

Ques: How far is Amarnath temple from Baltal?

Ans: Amarnath temple is at a distance of 14 km from Baltal.

Ques: How far is Amarnath temple from Pahalgam?

Ans: Amarnath temple is at a distance of 47 km from Pahalgam.

Ques: How many days are required for the Amarnath Yatra helicopter package?

Ans: It takes 3 days to complete the Amarnath Yatra by helicopter.

Ques: How many days does need for the Amarnath Yatra tour package?

Ans: It takes 4 to 5 days for the Amarnath Yatra tour package.

Ques: How many days are required for the Amarnath Yatra helicopter package?

Ans: It takes 3 days to complete the Amarnath Yatra by helicopter.