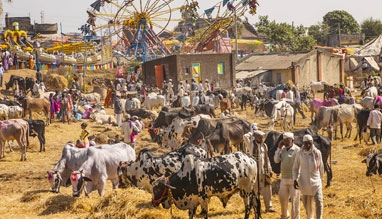 The Belgada mela takes place on the day of Baisakhi Purnima. Probably the year in which the Belgada Fair originated was 1880. This is also essentially cattle fair though there are other festivities of a fair that can be enjoyed by all during this time.