Pattadakkal Dance Festival is an annual dance festival which is held annually in Pattadakkal, a small town located in the southern state of Karnataka, India. This event is organized by the Government of Karnataka in the month of January. Dancers perform at the backdrop of the world famous Pattadakal temples. Constructed during the 7th and 8th century, these temples are recognized as World Heritage Sites by UNESCO. If you are a classical dance connoisseur or for that matter any type of dance lover, this is one dance festival that you must not miss.

Pattadakal, locally pronounced as Pattadakallu in local language, venue of the dance festival is located the banks of the river Malaprabha; it was the capital of the Chalukya rulers. The town has several small and big temples, several of them dedicated to lord Shiva. These temples feature both North Indian and South Indian styles at the same place. You can also see some enchanting architecture styles that have been used in constructing these temples.

Pattadakal Dance- Festival celebrates the magnificence of all the temples located here. Ten temples are located here together with a Jain shelter which is flanked by several small pedestals and shrines. Some of the other major temples on whose backdrop the dance festival is held are -Sangamesvara Temple - constructed by king Vijayaditya in the 8 century, this temple is dedicated to lord Siva. The architecture of the temple is a replica of the wonderful architectural styles maintained by the Chaluyka dynasty.

Virupaksha Temple - built by Queen Lokamahadevi in 745, this temple was constructed to commemorate her husband King Vikramaditya's victory over the Pallavas. The temple features several sculptors including those of Nataraja, Ravananugraha lingodbhava, and Ugranarasimha.

Papanatha Temple - built in 680, this temple features the vesara style of architecture. Sculptures at the Papanatha temple depict scenes from the Ramayana and Mahabharata.

How to Reach Pattadakal

Visitors who arrive by air while coming to here to witness the Pattadakal dance festival have to come to Belgaum, Dabolim; it is the nearest airport from this town. Those traveling by rail have to come to Badami, the nearest railway station. Apart from this regular buses operate from Bijapur to the town and if you are looking to drive by car you can use the well connected roads from both Bangalore and Mysore.

All events & festivals in Karnataka 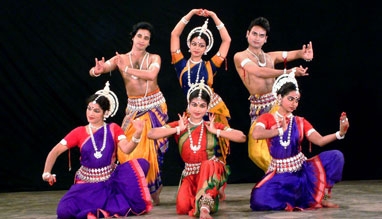