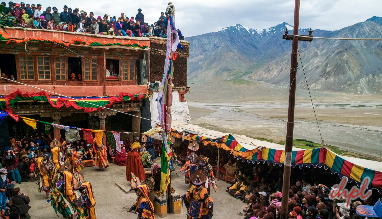 Spitok Gutor Zanskar is one of the major fairs and festivals in Ladakh that is celebrated with much enthusiasm across the region to mark the victory over evil. This is a two-day annual festival that is celebrated in January in the state of Jammu and Kashmir.

Literally meaning “Sacrifice of the 29th Day”, the festival of Spitok Gutor Zanskar in Ladakh is characterized by the dance of ‘Black Hat Dancers’ who celebrate the end of evil forces. The dancers portray the assassination of the famous Tibetan apostate King Lang-dar-ma by a Buddhist monk in the mid-9th century.

During the celebration of Spitok Gutor Zanskar, the Black Hat Dancers also wear masks that symbolize the “guardian divinities,” also known as Dharmapalas, of the Buddhist pantheon. Dharmapalas are also the patron divinities of the Geluk-pa order.

The festival ends with “Argham” (killing) of all possible forms of evil, and it is the leader of the Black Hat Dancers who concludes the two-day-long festival. At the end of the celebration of Spitok Gutor Zanskar, the “Storma” or “sacrificial cake” is cut that actually marks the eradication of evil forces. Witness this amusing unique festival during your tours to Ladakh. You can plan your holiday in Ladakh and cover diverse experiences throughout your vacation. 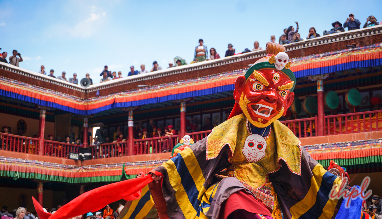 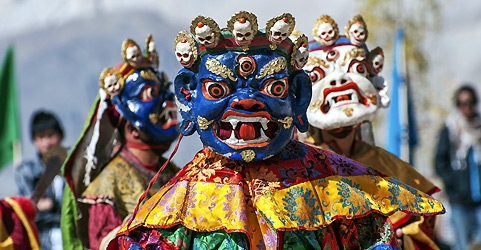 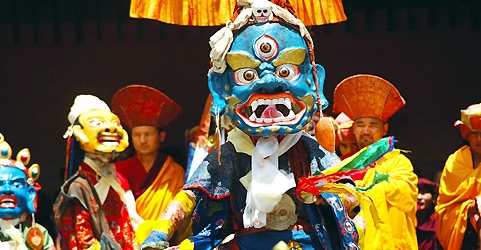 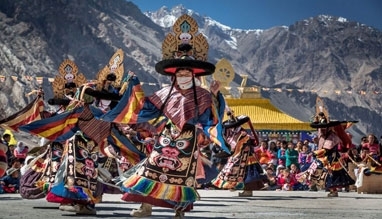