Madhya Pradesh is an amalgamation of races and tribes, castes and communities. The population of the state is a mix of Hindus, Muslims, Jains, Christians, Sikhs and Buddhists, with Muslims accounting for 6.40% of the total populace. Hence, most of the important Muslim festivals including Id-ul-Zuha (Bakri-Id) are celebrated with equal fervor in Madhya Pradesh as in other parts of India.

Id-ul_zuha or Bakri Id, as the festival is popularly known, is celebrated in February or March every year. It is celebrated from the 10th to the 12th day in the Islamic month of Dhul Hijjah. Id-ul-Zuha in Madhya Pradesh India coincides with the Haj pilgrimage in Mecca.

Id-ul-Zuha (Bakri-Id) is celebrated in commemoration of the sacrifice of Hazrat (Prophet) Ibrahim, who, willingly agreed to kill his son at the behest of God. While celebrating this event, Muslims sacrifice one goat (Bakri) per family or per group of families. Prayers are held in mosques, followed by feasting and rejoicing. The celebration of Id-ul-Zuha (Bakri-Id) Festival in Madhya Pradesh is marked by prayers being offered in mosques and sacrificial meat being distributed after solemnizing the Id prayers. Special sweets and other delicacies are prepared for the festival and distributed among family and friends.

Every true Muslim who can afford two square meals a day is expected to sacrifice an animal during Id-ul-Zuha (Bakri-Id) Madhya Pradesh. Any four-legged animal like goat, sheep or camel can be slaughtered during the festival, and the meat should be distributed thereafter. The sacrifice must be offered any time before the afternoon of the third day.

Celebration of Id-ul-Zuha festival is marked by great festivities, with people wearing new clothes, offering prayers at the mosques and greeting friends and relatives. Special prayers are offered on all three days. These celebrations go on for three days so that the entire Muslim community worldwide can participate in the noble act of giving and sharing. 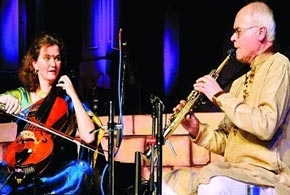 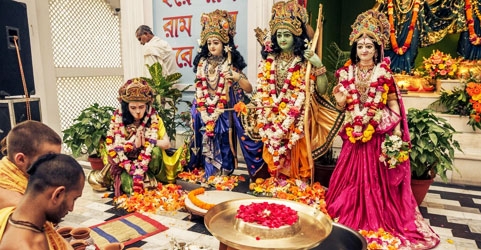