The Khajuraho Dance Festival is the celebration of the traditional dance forms against the backdrop of the UNESCO World Heritage Sites. The cultural presentation is an intriguing spectacle of art and traditions of India presented in the form of dance. The site stands as a testimony to Indian culture and traditions. Thus, is considered ideal to present the classical forms of dance. As the winters pass to make for spring, the Dance Festival is organized. Spectators from all over the world attend the demonstration of art in the dance form.

How to Celebration of Khajuraho Dance Festival?

Khajuraho Dance Festival is organized by the Kala Parishad under the Madhya Pradesh government where many popular classical dancers from all over India perform. Discover the glamour of Indian traditions, dance, and music during this fest. The best known dance forms in India are presented in the festival. Performances of the intricate footwork of Kathak, highly stylized and sophisticated Bharathnatyam, soft lyrical temple dance - Odissi, the dance dramas of Kuchipudi and Manipuri, and the Kathakali stage fights with elaborate masks keep the audiences spellbound.

The festival is held to showcase the beauty of human emotions with dance. The event is held at open air auditoriums in two of the most popular temples of Khajuraho, the Chitragupta & Vishwanatha Temple.

Although the event is a display of dance forms, homage is given to the numerous unnamed artisans who brought to life the exquisite carvings of Khajuraho. It is a remembrance to the heritage that withstood the ravages of time and whose glory still shines through and draws visitors from all over the globe.

Where is the celebrated Khajuraho Dance Festival?

What are the History of Khajuraho Dance Festival?

Ans: Khajuraho is an ancient site of India. The temples of the area were built during the rule of Rajput Chandela Dynasty dating back to the 10th century. For around 200 years there were numerous beautiful monument erected by the rulers. The temples had exquisite treasure of carvings. The carved art ranges from day to day lifestyle to karmic sexual activities. The site was lost in the changing wheels of time. After being rediscovered, Khajuraho and its rich heritage appealed to tourists.

Dance is a celebrated art in Hindu Mythology. Hindu myths have various narrations of great dancers. Shiva's cosmic dance - Tandava, Lord Krishna’s Raas Leela with gopis (female partners) and the legendary apsaras such as Menaka, Urvashu and Rambha are the most narrated tales of powerful and mesmerizing dances. The practice to organize the festival started from 1975. The dances fascinated the crowds and became a tradition. The festival became a popular tradition paying tribute to classical dance, music, and art of India.

What are the dates of Khajuraho Dance Festival in 2022?

Khajuraho Dance Festival will be celebrated from 20th February to 26th February 2022.

What is the timing of Khajuraho dance festival?

The timing of Khajuraho dance festival is 7 pm every day.

How to Reach Khajuraho to celebrate Khajuraho Dance Festival?

Ans: Here are the complete details about how to reach Khajuraho to celebrate Khajuraho Dance Festival by air, train, and road.

By Air: Khajuraho has its own airport. The domestic air terminal is connected with various cities of India. The monuments are just 12 km away from the airport that can be reached by buses, taxis, and cabs.

By Rail : Khajuraho city has its own railway station. The monuments are just 5 km from the railhead. It has a good railway network with major cities of India.

By Road: Khajuraho enjoys smooth connectivity by roads to cities in Madhya Pradesh and all over India. State owned buses, taxis, and private vehicles make commuting within the city convenient.

Where I stay in Khajuraho?

If you are planning to attend the Khajuraho Dance Festival, make plans for stay in the city. For your stay, you can choose from our selection of comfy and luxury hotels in Khajuraho. Indulge in the cultural presentation of dance, music, and art. Also check out Madhya Pradesh Tour Packages to explore the intriguing UNESCO World Heritage Site of Khajuraho, Bhimbetka, and Sanchi. The cities of Bhopal, Gwalior, Indore, Ujjain, Omkareshwar and Orchha are also intriguing to explore. Bandhavgarh National Park and Kanha Tiger Reserve are popular natural locales for adventures. 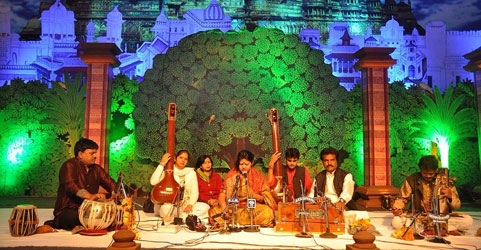 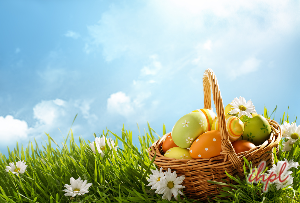