Dussehra is one of the most popular festivals in India and is celebrated with much pomp and gusto. This festival must be attended by those who want to get a closer look into the religious traditions of India. Dussehra festival marks the victory of good over evil. The religious belief behind this festival is that Lord Rama and his brother Lakshmana defeated Ravana during a colossal battle. Masses of tourists from different parts of the world visit India in order to witness this grand festival.

Dussehra marks the triumph of truth and love over evil and hatred. This is the principle that all humanity thrives off around the world. Ravana was a big devotee of Lord Shiva but his anger and ego put him to the ground. Lord Rama, in order to save his wife from him, killed Ravana in a battle. This win of good over evil is what Dussehra is celebrated for and Lord Rama is honored to kill Ravana on this day.
Although Dusshera is the main festival of Hindus, it is still celebrated by people who believe in the idea of living with peace, love, togetherness, fearlessness, and purity. All of these are reflected in the Indian epic Ramayana.

As per Hindu mythology, Ravana kidnapped Goddess Sita and took her to his palace. She was kept out of the reach of her husband. On the other hand, Lord Rama found a way through the Indian Ocean to reach Ravana’s Lanka (palace) accompanied by his brother Lakshman and Hanuman. Lord Hanuman had a troop of monkeys, which aimed at uniting the beloved souls. And after fierce battles and an ocean of blood flowed across the way, Lord Rama finally unshackled his love, Sita.

This year, Dussehra will be celebrated on 5 October 2022.

How is it celebrated?

Several traditions and customs are performed during Dussehra’s days. Massive statues of Ravana, Kumbhakaran, and Meghnad are packed with firecrackers and set on fire, which is a great sight for viewers. People chant ‘Jai Shree Ram’ marking the victory of Lord Rama over Ravana. Also, Durga Puja is organized in various parts of Delhi like Kalibari (Mayur Vihar-1), Kashmiri Gate, CR Park Kalibari, and Minto Road Puja Samiti.

Few days before this, Ram Leela is organized in different areas of New Delhi, where performers dress up as characters from Ramayana and enact scenes from it. It is seen and enjoyed by Delhites and tourists in large numbers. On the last day of Ramleela, i.e the day of Vijay Dashmi, the statue of Ravana is burned.

Venues for Ravan Dahan and Ramleela in Delhi

Some of the highlights of Dussehra celebrations in New Delhi are –

How to reach Delhi

By Air Take a flight to Indira Gandhi International Airport, which is well-connected to major Indian cities like Mumbai, Chennai, Kolkata, and Ahmedabad.

By Train - NDLS, Old Delhi Railway Station, and Delhi Junction are several railway stations you can get off at Delhi. These are connected with notable cities in India.

By Road - Several bus and taxi transportation services can be availed from nearby cities like Jaipur, Agra, Rishikesh, and Lucknow to reach Delhi. These are available on a regular basis. Else, you can plan a road trip with your friends, family, or significant other to take part in New Delhi Dussehra celebrations.

Delhi is a major tourist destination and has many places to stay. From budget-friendly to premium accommodation, you can choose the place to stay as per your needs and budget. Check out some of the top places to stay in Delhi during the Dussehra festival – 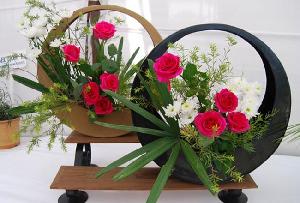 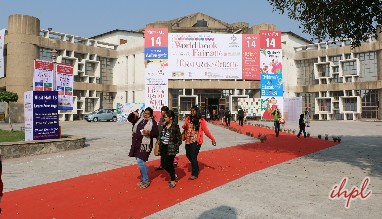