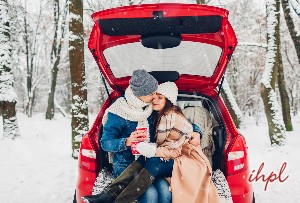 What comes into our minds, when we hear the word, Valentine’s day? Red roses, cards with sensual love messages, chocolates, stuff toys, more gifts, getting dressed up for a special a candle light dinner date with the partner etc. This day is known as a special ‘day for the romantics’.

If you are not aware, way long before the Valentine’s day was celebrated as the ‘day of romance’ on the 14th February in most of the countries, all around the world, it was something else also. It was traditionally the celebration of Saint Valentine, which started in Roman times, during the 12th and 13th centuries. It was known as ‘The Feast of Saint Valentine’/ St. Valentine’s day.

It is said that Christian Saint Valentinus was imprisoned as he ministered to Christians and performed marriages for many soldiers who were not allowed to marry. Those were the times when Christians were persecuted in the Roman Empire.

If rumors are to be believed, during his imprisonment, he became friends with and then healed the daughter of his jailer. On the day of his execution, evidently in North of Rome, he wrote to her 'From your Valentine'. Apparently the day was 14th February, that well explains the reason of the day being perfect for celebrating the real love that started in the 15th century but became popular in the late 17th and early 18th century. On this day, Catholic churches worldwide, recognize a feast for three days, to mark their support with the Saint and in his remembrance. Although this is the most-told story behind the celebration of this day but there are other stories too.

Today, people, ‘much-in-love’ express their feelings to each other by offering or exchanging flowers, greeting cards, chocolates and gifts (Markets are flooded with all these things during the Valentine’s Week, 7th February to 14th February, especially manufactured for these days). One actually wants to spend some unforgettable moments with their loved one, which he or she can cherish for a lifetime. Some people actually wait for this day to arrive so that they can express their love or propose their lover to get married and be together for the whole life.

Along with the flowers, cards etc, there are some famous and accepted things, which have actually become symbols of love for this day that include Cupid with an arrow, heart-shaped stuff toys and also the color red. All these symbolize love, romance and life. Gifting this to someone is expressing your love for them.

There are numerous couples, who plan a vacation on Valentine’s day. India, undoubtedly is one of the most romantic and perfect destination for such a vacation where you can indulge in a number of activities. You can visit Goa, Kerala, Udaipur, various hill towns of of Himachal Pradesh to celebrate your day of love along with your partner.