The largest state of India, Rajasthan has dotted with fort and palaces, fascinating wildlife and golden sandy desert that form the hallmark of this beautiful Indian state. Rajasthan is not only famous for its majestic forts and tales of love and courage but it is equally famous for the fairs and festivals. The fairs and festivals of Rajasthan are in myriad and have a unique significance and impact not only on the lives of the native people but also on the travelers visiting this lovely tourist places. One such festival that catches the notice of the people is Nagaur Festival, Nagaur. This festival is celebrated with a lot of zeal and gusto among the people and a lot of tourists flock to this place to witness the charisma of this festival.

The most notable thing to watch in the festivals of Rajasthan is the local people in their traditional multihued attire, particularly the women. Nagaur Festival of Rajasthan every year succeeds in beckoning a large number of tourists who come and be a part of these festivals. The most notable things to watch in this festival is two lakh ten thousand animals including horses, cows, bullocks, oxen and camels are gathered at the cattle fair for the purpose of trade. Nagaur Festival, Nagaur is held in the captivating Rajput town of Nagaur and this festival is also known as cattle fair. This fair proudly boasts of being the second largest fair in India.

There is a lot of excitement as the people take pleasure in the tug-of-war, camel and bullock races, cockfights that are organized in this festival. Late in the evening the people can also take pleasure in the festive atmosphere as there is folk music and dance performances that are also organized in the evening by the people. Nagaur Festival of Rajasthan is celebrated over a span of 4 days by the Department of Animal Husbandry in association with the department of tourism.

When and Where it is Celebrated?

Nagaur Fair is celebrated in February every year on Nagaur, Rajasthan.

The fair goes on for 4 consecutive days.

Timings of the festival

Nagaur can be reached by flights. The nearest airport connecting the city is Jodhpur Airport about 135 km far. Flights from Jodhpur connect to the major destinations in India like Delhi, Mumbai, Udaipur and Jaipur. One has to hire a cab from Jodhpur to reach Nagaur.

By Road, Nagaur can be approached by two routes from Jaipur. The first one is via Sikar while the other one is via Jodhpur. Rajasthan state transport operate regular services of buses. Private vehicles and taxis also ply on the route via Jaipur.

Attend the vibrant Nagaur Fair to witness the huge crowds of cattle and festive traditions of the royal Rajasthan. Make bookings for your stay in the town, explore our collection of hotels in Nagaur for availability of accommodation at your desired location. Luxury hotels, palace converted as heritage stays, budget lodgings are available for bookings. Enjoy Rajasthan and its royal delights, browse through our collection of tour packages that include tours of Nagaur as well as visit to Jaipur, Jaisalmer, Udaipur, Jodhpur, Bikaner, Pushkar and other major cities. Make comfortable and hassle free travel plans to the Royal Rajasthan with us.

Q: Why is Nagaur famous?

Ans: Nagaur is famous for its red chilly market and Nagaur Cattle Fair. Other factors that make Nagaur more famous include:

Q: Where is the Nagaur Cattle Fair held every year?

Ans: Nagaur Cattle Fair is held at Jodhpur, Rajasthan every year during the month of January-February. The fair continues for eight days.

Q: Is Nagaur Fair the largest festival of cattle held in Rajasthan? 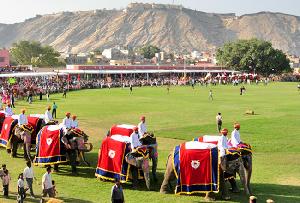 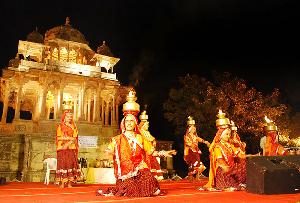 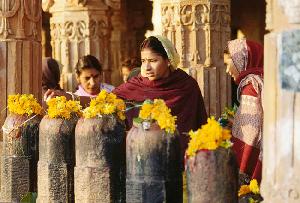 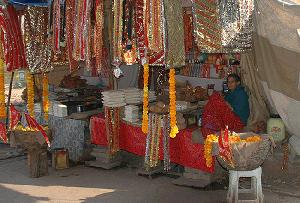 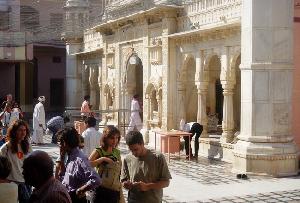 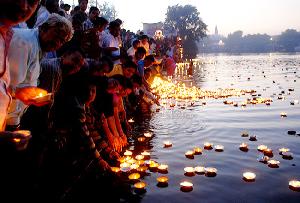 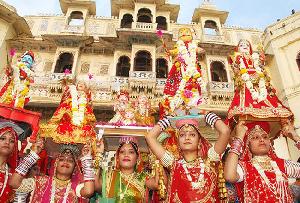 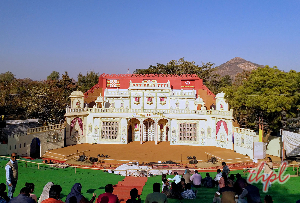 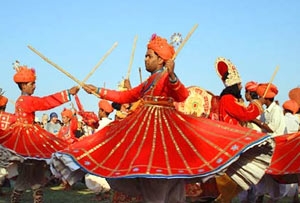