The importance of the city of Vijaywada, the third largest city in Andhra Pradesh can very well be gauged from the fact that it is considered to be the business capital of the state. It is also a historical place that is visited by a large number of tourists each year. The large number of temples attracts many pilgrims as well. So numerous people visit the city of Vijaywada and they all have different reasons for their visit. They will surely be benefited from their knowledge of the Flights to Vijayawada.

For those who want to come to come to Vijaywada from abroad there is no option but to take flights to Hyderabad or Chennai. These two places are well connected to different cities of Asia, Europe and America and most importantly to Vijayawada as well by air. So it will not be a problem to board any of the connecting Flights to Vijayawada after arrival at the Hyderabad or Chennai airport.

For the Indian tourists or corporate travelers who want to travel by air to Vijaywada, there are not very many options. If they are coming from Chennai or Hyderabad or neighboring Rajamundry, they can avail of the Flights to Vijaywada. But for those who are coming from other parts of the country, there aren't any direct Flights to Vijayawada. They have to come to the state capital Hyderabad and then come by rail or road to Vijaywada.

As far as frequency of Flights to Vijayawada are concerned, there are at least two flights everyday from Hyderabad. Some of the carriers which operate are Air Deccan, Kingfisher Airlines and Spice Jet Airlines.

Currently the air traffic at Vijayawada airport is increasing and so steps are being taken by the Airport Authority of India to improve upon its infrastructure so that Flights to Vijayawada can be increased.

Flight Schedule Information
Disclaimer: The data contained in this website has been prepared solely for the purpose of providing information and Indianholiday.com will not be liable for any inaccuracy in the information provided on this website. 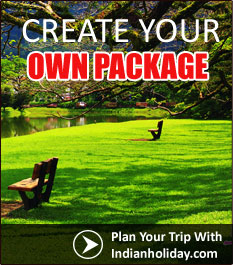