The beautiful hill station of North East Himalayas, Gangtok enjoys a pleasant weather throughout the year. The best time to visit Gangtok, is between October and mid-December. Clear views of the Himalayan peaks are guaranteed in these months. Between March and May, lush Rhododendron flowers in bloom is a sight worth visiting. January and February means snow in the higher altitudes. June to September brings rains, causing landslides and disrupting communication in the hill town.

Where to Visit in Gangtok & When

Best time to go for honeymoon in Gangtok

Gangtok in summer: From April till June

Gangtok experiences pleasant weather during the summer season. The temperature hovers 18°C to 25°C during the season. It is the best time to visit Gangtok if you would like to escape the heat. The blend of warm sunshine and cool breeze promises every visitor with an unforgettable vacation of indulging in amazing things to do with your family and friends. Honeymoon couples planning a trip to Gangtok are certainly in for a treat as it offers absolutely delightful weather.

Gangtok in winter: From October till March

Winter is the best time for travelling to Gangtok. The temperature ranges between 2°C and 7°C during the season. Winter begins from October and continues till March. It is the perfect time to visit for the spectacular view of the snowcapped mountains. Snow adventures are also abundant, therefore making it the best time to visit Gangtok. It is also the time for some of the vibrant festivals in the monasteries of the hill station.

Gangtok in Monsoon: From July till September

Monsoons in Gangtok continue from July till September. The swift rainfall many a time cause landslides and road blockage. But, monsoon season months are the best time to visit to North East India, you can also include a visit to Gangtok. The blissful rains lends a blissful charm to the lush-green environs during this time. Also, the season has a different blissful feel.

The favorable climate of Gangtok attracts tourists throughout the year. The best thing about Gangtok is that every season has its own magical appeal and is relevant to what kind of vacation you are looking for. Talking about its best seasons then, this picturesque hill station during the spring draws a myriad of tourists from places far and wide. The spring season offers beauty at its best. The blooming of flowers makes the town more appealing and lively. On the other hand, the Autumn season in Gangtok brings a clear glimpse of the Himalayan Range. Hence Autumn (October and November) and Spring (March and April) seasons are considered to be the best season to visit Gangtok.

The best time to visit Gangtok is either between March and May or October and mid-December. Between these months the skies are crystal clear and the views are spectacular. Moreover, these months offer several adventure activities and conformable sightseeing.

September to June is considered the peak time in Gangtok. Between these months tourists around the corner of the world visit here to admire its beauty. Scroll down and check more details about the different months and pick the month that suits you the most.

If you are a snow lover then you can visit the higher altitude region of the Gangtok to experience snowfall. If you want to wake up to misty mornings and enjoy the day traveling nearby, you must visit at this time of the year. January is the best time to visit Gangtok for honeymooners and families. Winter escape with family, honeymoon planning, or spending the day with friends, the snug weather is suitable for all. The best part is the new year celebration, which is the best to witness here. Also, you can be a part of Maghe Sankranti Mela, which is celebrated for three days beginning on 14th January every year. Due to the peak season make sure to book your flight tickets, hotels, and itineraries before time runs out.

February is the month, which features more cool days, cold nights, and more snowfall in its high altitude zone. As is the fact of all Himalayan regions, Gangtok during February remains cloudy, foggy, and rather cold. Some of the passes on the higher altitude trekking routes are also closed. However, it attracts many honeymooners and romantic couples to enjoy its best chilling climate. In February you can be a part of the famous Bhumchu festival and can witness the rich culture of the state. It is suggested not to miss the first day of the festival, as the monks at Tashiding Monastery open the sacred vase of water. This is done to foretell the future and make predictions for the coming year. Do carry woolen clothes, coats, stoles, and scarves to keep yourself warm.

March is a good time to visit Gangtok. After recovering from the chills of winter the month of March allows you to indulge in a myriad of recreational activities. Apart from that, you can be a part of the Chaite Dashain festival, which is celebrated here with great enthusiasm. This religious festival is celebrated between March to April months. Due to the peak season make sure to book your flight tickets, hotels, and itineraries before time runs out.

April is one of the best months to visit Gangtok. The pleasant climate is simply perfect for sightseeing and enjoying activities like trekking, paragliding, mountain biking, and rock-climbing. In April you can also be a part of the famous Lampokhari Tourism Festival, which is held in April on the grounds of the Lake Lampokhari, Aritar, East Sikkim. You can witness the various cultural shows, flower exhibitions, and also savor the traditional food at the stalls. Carry light woolen clothes, which will keep you warm at night.

May month is renowned for the International Flower Festival, which is organized every year by the Tourism Department of the Government of Sikkim. This annual festival is held for one complete month. During the festival, numerous attractive species of flowers are exhibited here. Gladioli, roses, orchids, cacti, climbers, ferns, herbs, etc. are the major highlights of this festival. You can also enjoy comfortable sightseeing in May. This month also is full of tourists, so plan your activities and itinerary as soon as possible. May is one of the best months to visit Gangtok with family and kids

If you love doing adventure amidst nature then June is the best month for touring Gangtok. Admire the beautiful surrounding and the attractions under the clear sky. River rafting along the Teesta river is one of the best activities done during this month. June is also a perfect time to visit Gangtok with family. You can also go for a trek across the mighty Himalayas or can enjoy a picnic with your families and loved ones at some of the peaceful spots amid nature. Plan your itinerary according to the weather and also try to enjoy the adventure and sightseeing activities before the monsoon whirls your plan.

Gangtok in July, August, and September

These 3 months experience constant rains and lead to landslides sometimes. The sun plays hide and seek, and most of the time, the sun remains unseen. These months are not considered the best month to visit Gangtok. However, if you are fond of rains and want to be a part of Dashain, which is a two-week festival celebrated in Gangtok in September offering prayers to Goddess Durga. You can also get a good discount on flight tickets and hotels if you are planning a tour between july to september.

October in Gangtok brings out a certain charm. The autumn season in October is a good time to visit Gangtok. The days are pleasant, with clear skies and allow you comfortable sightseeing. But the nights are a little cold and the chilly breezes will keep you reminded about the beginning of winter. In October you can be a part of the Namchi Mahotsav, which is a three-day-long festival organized at the Namchi Central Park in South Sikkim. Activities such as folk-dance performances, flower exhibitions can be witnessed here. You can also buy souvenirs from the handicrafts stalls. October opens the gate for tourists so it is better to book your stays, flight ticket, and tour plans in advance for an uninterrupted vacation.

November is an ideal time to visit Gangtok, as it allows you to behold the beauty of the town in its prime. Autumn in November brings out the best adventure and sightseeing activities. November is the month, which gives a green signal to winter. The Annual Sikkim Paragliding Festival is held in November, which allows you to enjoy the best flying experience ever. Apart from that, you can also be a part of the Tihar festival and can learn about the rich culture of Gangtok. Must carry woolens to keep yourself warm in case you plan for an outing or get in some excursion.

Several festivals are lined up at this time of the year to attract tourists from all over the globe. December is the best time to enjoy with family and kids. Along with this, it attracts many honeymooners and romantic couples to enjoy its best chilling climate. One of the main festivals to highlight and celebrate the onset of this season is the Losoong Festival that takes place in the capital of Sikkim, Gangtok. This event presents the spirit and rich culture of the region by Lepchas and Bhutias tribes. It also marks the end of harvest season according to the Tibetan year. Other festivals like Christmas and Mangan Music Festival are also celebrated here with great enthusiasm. Moreover, you can also visit monasteries and temples to seek blessing.

Gangtok is one of the best hill stations in Northeast India and if you are planning a honeymoon, then the best time to visit Gangtok for a honeymoon is throughout the year.


Things To Do in Gangtok 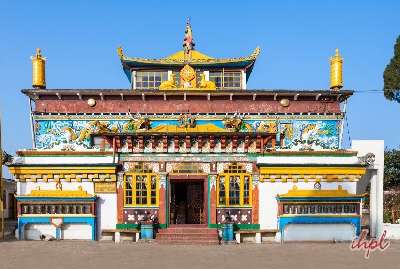