The city is also known for Balrampur Chini Mills, one of the largest sugar manufacturing facilities in the country. The company has four sugar factories located in Eastern Uttar Pradesh (India) having an aggregate sugarcane crushing capacity of 29,000 tones crushed per day.

Hotels In Balrampur In India are located mostly around the temples and main market area. From the Balrampur-Sravasti road you enter Sahet, which sprawls over an area of 400 acres and has a collection of ruins. A little north of Sahet, towards the Rapti River is the ancient fortified city of Mahet- the original site of the city of Sravasti.

Balrampur is well known for its ancient ruins making it equally popular among archaeologists, historians as well as tourists. The Hotels in Balrampur Uttar Pradesh are classified into deluxe hotels and budget hotels depending upon their affordability. The tourist department also operates a hotel in Balrampur. The government approved hotel needs to be booked beforehand to ensure availability.

Though hotels in Balrampur are enough in number to cater to the tourist inflow, it is better to book hotels in advance if you are visiting Balrampur in winter. Winter is the peak season for tours to Balrampur and sees quite a crowd. Also, keep track of the major Buddhist or Jain festivals; those are the times when Balrampur is visited by a large number of pilgrims. 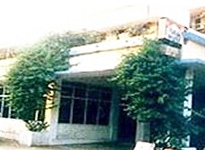