One of the principal destinations of the Desert circuit in Rajasthan, Bikaner is visited by a large number of tourists throughout the year. The city is located on the northern part of the state of Rajasthan and is a popular tourist destination. Tourists not only from different corners of India but also from various parts of the world travel to Bikaner. The city of Bikaner is famous for its sand dunes, medieval era architecture and numerous hotels. Popularly known as the Camel Country', the hotels in Bikaner range from budget to luxury hotels.

Bikaner was founded by Rao Bikaji in the year 1486. The city of Bikaner has undergone a huge progression from the time it was established to the present day. This city was under the rule of a number of kings and emperors who have influenced both the growth and development of Bikaner. Over the years, Bikaner has evolved to a prime tourist destination owing to its major development in the tourism of the city.

The numerous hotels that have dotted the entire city of Bikaner have helped in the development of the tourism of the city. Visitors traveling from different parts of the world do not find problem while searching for accommodation in Bikaner. In addition, Bikaner is very well connected to the other parts of Rajasthan which makes it easier for the tourists to travel to this enchanting city.

Luxury and Heritage Hotels of Bikaner

There are a number of heritage as well as luxury hotels in Bikaner that offer world class facilities and services. The numerous luxury and heritage hotels are ideal choice for those tourists who want to experience the royalty and traditional of Rajasthan. The different luxury and heritage hotels of Rajasthan offers excellent accommodation along with world class dining and various other services and facilities.

For the budget travelers, Bikaner comes with ample of budget hotels options. The different budget hotels can be classified into guesthouses, economy hotels, cheap hotels, lodges and many more. Though the facilities and services offered in these hotels are not world-class, these make sure that the guests have a comfortable stay. 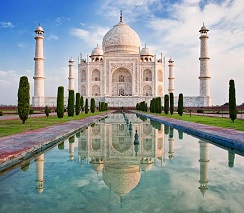 Next to Junagarh Fort