Home to a history, which prides itself on being one of the richest in the entirety of the history of India, a tour to West Bengal reveals a number of the hidden facets of tourism in India. Stretching from the majestic snow covered peaks of the Himalayan mountain Range in the north to the clear azure waters of the Arabian Sea towards the south; a trip to West Bengal is a study of the variety of nature. A holiday in West Bengal is also made even more special thanks to the famed hospitality of West Bengal, which finds expression in the various Hotels in West Bengal.

Picturesque in all the images she presents to the tourists to her land, a trip to West Bengal is made even more attractive of the curious mix of the apparently opposing sentiments of traditionalism and modernity. Perfectly amicable in all her forms, the culture and heritage of West Bengal blends to perfection the ancient history of West Bengal with her advent towards modernism. Thus, we have places like Santiniketan or the abode of peace, which was established by the noble laureate as one of the best known institutes of education in the world.

The province of West Bengal is also home to several of the rarest species of flora and fauna which can be perfectly demonstrated during a tour to the Sundarbans, which is also known as the home of the famous Royal Bengal Tiger.

Reaching West Bengal can be said to be child's play as the entirety of the province is well connected to each other as well as the other parts of India by an efficient network of roads and railways. The province also boasts of the presence of an International Airport at Calcutta or Kolkata as the city is better known today.

The various hotels in West Bengal offer excellent facilities of accommodation which are available at a tariff which is surprisingly affordable. These hotels offer a perfect mixture of hotels which are available at a tariff that can be easily afforded by almost everyone as well as a number of the finer, more expensive hotels. Many of the hotels in West Bengal also offer business facilities that can be the perfect excuse for you to blend business with pleasure! The Mall, Opposite Governor House 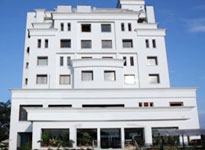