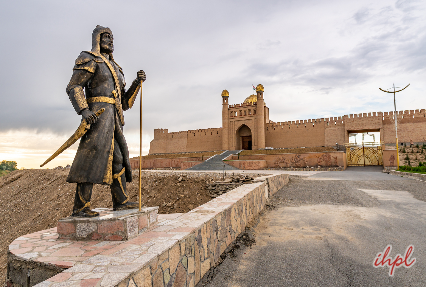 Indian Holiday offers the 5 days Tajikistan tour package with which you can get an opportunity to explore the historical, natural, spiritual, and traditional heritage of the country. The 5 Days 4 Night Tajikistan travel package from India is a well-crafted itinerary that can take you through some of the most amazing locations of the country. The markets of the country are the home to some of the magnificent things. During the Tajikistan tour package, you will visit the Dushanbe is the capital and largest city of Tajikistan. This city was once a small village and now it outgrows into the major town of the country. Here you will be able to explore the museum, botanical gardens, fortress and Madrasah. Then you will head towards the Iskandarkul Lake which is a high altitude mountain lake and is situated in the Fann Mountains. Here you can enjoy the hiking to get an amazing view of a waterfall. The last stop of the tour will be Khodjent where you can explore the archeological museum, a beautiful architectural complex, and an ancient settlement of Tajikistan.

Tajikistan is a mountainous and landlocked country in Central Asia. Take a look at the detailed itinerary of the Tajikistan tour package and get a deep insight into the tour.

Upon your arrival at the airport, you will be greeted at the airport by the tour representative. You will have an assisted transfer to the hotel. Take some rest after completing the check informality. After having food, you will embark on the sightseeing tour of the city. Your first stop of the day will be the Tajikistan United Museum where you will get a deep insight into the history, art, and culture of the country. Sprawling over 24,000 meters square, the museum accommodates the exhibition hall in the area of 15,000 meters square. The museum comprises the four exhibition departments which are Department of Natural History, Ancient and Medieval History, Modern and Contemporary History, and Fine and Applied Arts. People can learn about the history of the country and its workmanship here.

After that, you will proceed towards the Botanical Garden which is a very beautiful garden and comprises some of the oldest trees in the country. This extensive garden with its amazing gateway is home to the splendid collection of deciduous trees. There are several pavilions where local musicians showcase their talent in the evening. Then you will visit the marker which is an oriental market and the most crowded place in the city. The market is famous for dry fruits, fabrics, and several other local products. You can buy a souvenir from here.

The last stop of the day is Hissar Fortress. This fortress was built during the 18th Century and it was occupied until 1924. The fortress was located 30 km west of Dushanbe. It was the residence of Bel who was the deputy of the Bukhara Amir. There are two Madrasah located nearby the fortress among which one is from the 18th century and others from the 19th century. There is one mausoleum also located which is of the 16th century.

Return to the Dushanbe in the evening and have dinner. Overnight stay in the Hilton Dushanbe which is a 5-star hotel.

On the 2nd day of the Tajikistan tour, we will leave for the Iskandarkul Lake after having breakfast. You will check out from the hotel and proceed for the lake which is located at a distance of 135 km from the capital city. It will take 3 to 4 hours to reach there. This place is located at 2,255 meters above seas level. This is snuggled in the high mountainous region of the Fann Mountains. This is a glacier lake that originates from the Sughd Province of Tajikistan. This triangular shape lake has a surface area of 3.4 square kilometers. This lake is a habitat of various bird species, either as a resident or as a passage migrant. You will get an opportunity to glare at these beautiful species of birds. The road to the lake passes through the tunnel named Istiklol Tunnel which is perched at an altitude of 2,630 meters above the sea level. You can take a stroll alongside the lake and enjoy the panoramic beauty of the beautiful surroundings. You can even take a rest here and spend some time alone in this serene place. There is a waterfall located nearby where you can reach after the hike of 40 minutes. Tajikistan has the highest number of water reserves of all the Central Asian countries with more than 1,000 rivers, 2,000 lakes, and 8,000 glaciers.

After glaring at the mesmerizing beauty of the lake and surroundings you will return to the hotel and have a delicious dinner. Overnight stay at the Iskandarkul Lake.

After having a mouthwatering breakfast, you will check out from the hotel and proceed towards the Khodjent. It is situated 230 km from Iskandarkul Lake and it will take 5 to 6 hours to reach Khodjent. After your arrival here, check-in at the hotel and enjoy the delicious breakfast. After some rest, you will embark on the sightseeing tour of the city. The first stop of the day will be Mug Teppe which is situated in Ura Tube. It was one of the ancient settlement and you can see the remnant of the citadel which was stormed by Alexander the Great 329 BC and by Arabs in 772 AD. This fortress in Istaravashan now houses an arena for the concerts. It is believed that the city was founded by Kir in the northeast boundary of the empire.

After this, you will visit the Museum of Archeology and Fortification. This open fortress is dated back to the 8th to 10th Century. Khujand Fortress is the prime fortress of this place. It was destroyed several times and the last reconstruction was in the 18th Century. It was restored. The museum comprises a wide range of collection which depicts the regional history. The oldest items present in the museum are believed to be dated back to the 4th to 5th Centuries.

The last stopover of the day will Sheikh Muslihiddin mosque and mausoleum (XVII-XIX cc). Sheikh Muslihiddin was the ruler of Khujand. In the 12th Century, the mausoleum was the small burial chamber made from the bricks and decorated with the terracotta. While it was destroyed by the Mongol invaders. In the 14th Century, the mausoleum was rebuilt on the site of the old mausoleum. Today, this structure is an architectural complex that comprises the cathedral mosque as well.

Later in the evening return to the hotel after the sightseeing tour of the city. Overnight stay the Hotel Khujand Delux or Grand Hotel Khujand which are 4-star category hotel. Night halt at Khodjent.

After having a delicious breakfast, you will head towards the Dushanbe. Upon your arrival in the capital city, you will have an assisted check-in at the Hotel Hilton Dushanbe which is a 5-star category hotel. Take some rest and then you will head for the sightseeing tour of the city.

Firstly, you will visit the Museum of Musical Instruments which is also known as the Gurminj Museum of Musical Instruments. This museum was founded in 1990 by the Gurminj Zavqibekov. He was a famous actor and a popular musician. He was honored as the National Artist of Tajikistan. The museum comprises a collection of 200 musical instruments. These instruments were gathered by the Gurminj during this visit to the natives Kuhistoni - Badakhshan. The museum hosts several events and cultural gatherings.

After spending the time in the museum, return to the hotel and have a delicious dinner. Overnight stay at the hotel in Dushanbe.

On the last day of the Tajikistan tour after having a delicious dinner, you will check out from the hotel and head towards the airport. You will have an assisted transfer to the airport from where you will board the homebound flight. We hope that you have a great journey.

Hotels to be Used/ Similar

**Other Hotels/ Resorts are also Available**