The district of Jaunpur in Uttar Pradesh is located in the south-eastern part of the state. Jaunpur as a city offers enough attractions to its visitors. In addition to this Jaunpur also serves as a stop over destination before venturing into other parts of Uttar Pradesh. Excursions from Jaunpur are of immense pleasure to all travelers.

The city of Jaunpur came into prominence, way back in the year 1388 A.D. The Delhi Sultan, Firoz Shah Tughlaq appointed Malik Sarwar was appointed as the Governor of this part of his empire. With the gradual decline in the powers of the Delhi Sultanate by the close of the 14th century, due several interventions by various external powers like Timur, Malik Sarwar founded the Sharqi Dynasty as the independent ruler of the place in which he was previously the Governor.

Jaunpur was again invaded by another Sultan of Delhi in 1480 A.D. by the name of Sikandar Lodhi who later took charge of the city. In this way, Jaunpur was politically submitted to the new hands time and again.

This history of Jaunpur gains significance due to the fact that Jaunpur experienced a dynamic exchange of cultures. This not only made the people of Jaunpur tolerant towards the other religion, but also influenced them towards accepting the positive traits of the other sect. This finally reflected into the fields of art and architecture. Jaunpur soon became one of the chief centers of Urdu and Sufi cultures.

Due to all the above aspects, a visit to Jaunpur becomes all the important. Sightseeing from Jaunpur takes you to all such places that would certainly make your trip, a one to remember. Such outings from Jaunpur include trips to the various magnificent mosques and temples surrounding the city. 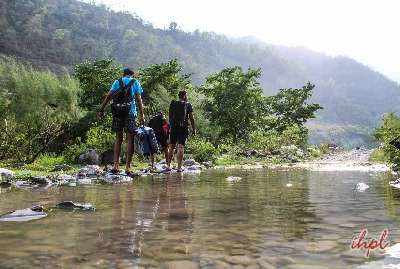