The best time to visit Kedarnath is the summer season from April to June. The pre-winter months (September-October) is another best time to plan Kedarnath Yatra. When the devotees can go for hassle-free Yatra of the almighty. This sacred Dham or Temple remains closed from November-March (winter) due to extreme cold and heavy snowfall. The trails to reach Kedarnath get blocked due to snow. Bookmark that Kedarnath is prone to landslides in monsoon. So you must avoid visiting it between July to August. Go through the detailed about when to go with our best time to visit the Kedarnath guide.

Where to Visit in Kedarnath Yatra & When

Kedarnath in Summer - From April till June

The summer season from April to June is the best time to visit Kedarnath. The temperature ranges between 15 degrees Celsius to 30 degrees Celsius. The region experiences mild warmth and cool breeze during the summer season which makes the weather enjoyable. Tunganath Temple, Gauri Kund, and Bhairavanath Temple are the major highlights of the area.

Kedarnath in Monsoon - From July till August

Planning a Kedarnath Yatra in monsoon season, from July to August is not recommendable as the region experiences heavy rainfall. The chances of landslides increases and road blockage of routes can cause several delays in the journey. The temperature of Kedarnath during monsoon season is between 15 to 30 degrees Celsius.

Kedarnath in Winter - From October till March

During the winter season, the region experiences sub-zero temperatures and cold weather. The temple also remains shut during this time of the year due to heavy snowfall. Sometimes there are sunny days too and the temperature ranges between 0 to 20 degrees Celsius. People can visit the Kedarnath region if they wish to explore the enchanting beauty of the snow-clad peaks and the region covered with snow during the winter season from October to April.

Kedarnath is a popular pilgrimage site and among the Char Dhams in Uttarakhand. This holiest pilgrimage is set amidst the mountainscape of the Garhwal Himalayas at the head of the Mandakini River. The temple is devoted to Lord Shiva and is flocked by a large number of pilgrims from all over the country. Kedarnath Temple remains open for almost six months and closed for the remaining part of the year.

In summer, the region experiences pleasant weather and it is the best time to visit for Kedarnath Yatra. However, monsoon in Kedarnath is not an advisable season to visit for Yatra as the region experiences heavy downpour. The landslides are common due to rainfall and if you are planning then it is advisable to keep buffer days in case you get stuck. In winters, Kedarnath experiences snowfall and temperature dips below zero. September and October is the best time to visit Kedarnath in winters and after that, the region starts receiving heavy snowfall. The temple closes in November mostly two-days after Diwali on the day of Bhaiya Dooj.

Things to know before you visit Kedarnath 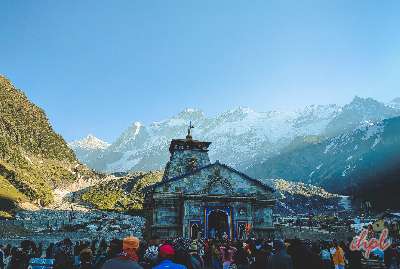 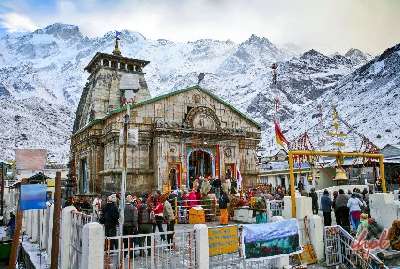 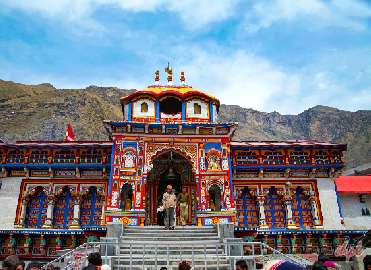