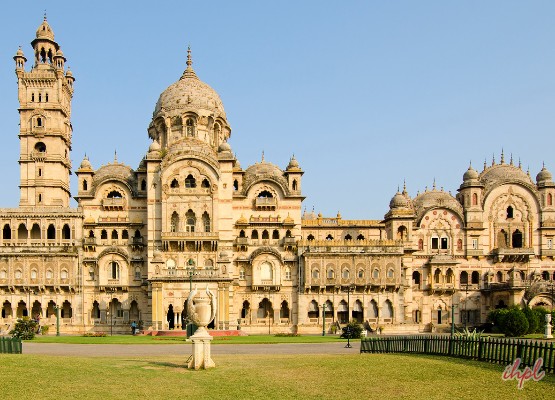 Marvel at the spectacular vistas of a vibrant land in one of India's most luxurious trains, the Deccan Odyssey. Its Hidden Treasures of Gujarat journey takes you across the spellbinding destinations that include the medieval capital of Vadodara along with covering the holy city of Nashik in Maharashtra. Carefully selected destinations bring the value of luxury and ecstasy to the itinerary. Visit the Sun Temple at Modhera, the exquisite Jain temples at Palitana and the UNESCO World Heritage Site of Champaner-Pavagadh dotted with ancient ruins. The unforgettable opportunity to see some of the last remaining Asiatic lions in their natural habitat is an added plus. Enjoy fun-filled vacations that you will remember forever. The wonderful Gujarat tour starts with a traditional Indian welcome at the Chhatrapati Shivaji terminus in Mumbai. But before that you would be going through a registration process. Post your registration, you would be escorted to your luxury cabins. Moments later, you will be departing for Vadodra, the first halt in your splendid tour.

Deccan Odyssey will be reaching Vadodra early in the morning. Situated along the banks of the river Vishwamitri river, Vadodra is one of the fastest growing cosmopolitans in India. Besides the urban developments, the city houses several historical monuments and structures that make this place worth visiting.

Post breakfast, you would be disembarking for a visit to the Champaner district of Gujarat, 47 km from Vadodra. Highly significant in terms of historical context, Champaner speaks highly of its numerous citadels. First in the tour will be Pavagadh Archaeological Park.

This UNESCO heritage site is a kaleidoscope of numerous historic structures like the Chalcolithic sites, a majestic hill fortress, entrance gates, tombs, temples, mosques, water installations like tanks and stepwells as old as the 8th century.

At Pavagadh archaeological park, you would be visiting the remarkable Jama Masjid mosque also. The historic mosque is an excellent blend of Hindu and Muslim architecture.

Post that, drive back to Vadodra. In Vadodra, guests of the Deccan Odyssey would be visiting Maharaja Fateh Singh Museum and Laxmi Vilas Palace.

Originally a school for the royal children of the state, Maharaja Fateh Singh Museum today houses a renowned collection of sculptures and art work. Most prominent artworks in the museum include paintings of Raja Ravi Verma and sculptures in marble and bronze, that are of European descent.

Laxmi Vilas Palace, on the other hand, is a residence of the royal family of Gujarat. The majestic palace is said to be four times the size of the royal Buckingham Palace, and is the largest private residence built till date. It has a Durbar hall, which flaunts mosaic decorations with intricately designed glass windows. You would be served delicacies from the Royal Kitchen as part of the lunch. Post that, return to Deccan Odyssey as it whistles away for its next destination in Gujarat, Palitana.

Breakfast, lunch and dinner on board.

Day 3 of our wonderful Gujarat tour is all about exploring the famous pilgrim spot for Jains in Gujarat, Palitana. Legends has it that Palitana was once visited by one of the very first Jain Tirthankaras, Adinath and the spot where he meditated, is the address of more than 900 temples. Wake up early in the morning and move out to explore some of the largest temple complexes in Palitana. These temples are amongst the most sacred Jain pilgrims in India.

By lunch, return back to Deccan Odyssey as it heads to Gir National Park, also known as 'Sasan Gir'. In the meantime, catch a movie or play the popular Indian board game, Carrom, or simply indulge yourself in a relaxing spa. Scrolling through the tapestry of Rural India is also a good option for spending the evenings.

Breakfast, lunch and overnight stay on board.

Rise early in the morning and head for some wildlife sightseeing at Gir National Park. The renowned national park is one of the prime habitats of a huge population of the Asiatic Lion. Guests would be escorted all the way by a guide, and if you are lucky, sighting if the highly rare and majestic Asiatic lion would be on the cards.

Besides lions, you can also spot herds of Chital, Nilgai, Sambar, four-horned antelope and Blackbucks roaming freely in the national park.

The natural habitat has a huge variety of fauna, that includes tiny wild birds on forest trees to giant crocodiles in the marshes. Post this morning wildlife trip, enjoy a tribal dance performance while having lunch at the Gateway hotel. The other half of the day would be spent exploring the highly sacred Somnath temple.

Hindus believe of this temple as one of the twelve Jyotirlinga shrines of Lord Shiva. Therefore, it is a prominent spot, both for the pilgrims as well as numerous tourists flocking in the state.

Catch the sight of the setting sun glistening this architecturally beautiful temple in the evening. And as darkness starts to take over, return to Deccan Odyssey as it makes its way for another magnificent landform in Gujarat, The Rann of Kutch.

Dinner and overnight stay on board.

Deccan Odyssey would be reaching Viramgam railway station, closest railway point to Rann, at the break of dawn. After an early breakfast, guests would be escorted to a point, where safari jeeps would be waiting for them to explore the enchanting Rann. Like the deserts of Rajasthan, Rann of Kutch is a barren open land that has no green cover.

The place is excellent for carrying out safari trips all along its lengths and breadths, which include the rustic Wild Ass sanctuary as well. Named after the Indian wild ass, the sanctuary is one of the few places in India to spot these animals in a natural habitat.

As you would be scaling the distances of the sanctuary, you might come across several other animals like desert fox, jackal and jungle cat. The place is also a favorite for a vivid variety of birds that includes migratory as well as endangered species.

Post that, you would be munching on delicious delicacies of Gujarat in the middle of the desert of Rann. Later in the day, guests would be embarking on a village safari tour. The Little Rann of Kutch is home to varied tribal communities that include the Rabaris, Agarias and Saltpanners. Get acquainted with the culture of the Rann and do some tribal shopping, visit the local school.

After this brief visit in the locales of Rann, head back to Deccan Odyssey for your onward journey to Patan.

Breakfast and dinner on board; Lunch at the Rann Riders Safari Resort.

Patan, a historic city in the state of Gujarat, boasts of ancient remains that date back to as old as the 8th century. These ancient remains are amongst the most popular tourist attractions in the city.

Deccan Odyssey would be reaching the fortified city, early in the morning, Post breakfast, disembark on a tour to the Modhera sun temple. The temple is a renowned sandstone structure and is dedicated to the sun god. This 11th century structure is said to be built by the Solanki dynasty, that once ruled this region.

With elaborate carvings and designs, the temple depicts the tales of the bygone era. Post that head to the city of Patan to visit Rani ki Vav. Rani Ki Vav is amongst the newest entries in the UNESCO heritage list of places in India.

A delicately constructed stepwell, Rani ki Vav is a fine specimen of Maru-Gurjara architectural style. It was constructed as a memorial for an 11th century king of the Solanki dynasty. Besides the water reservoir, Rani Ki Vav speaks of hundreds of statues of Lord Shiva, Vishnu and Goddess Parvati.

As part of the city tour, guests would also be visiting the epicenter of the traditional craft of Gujarat, Patola house. Since the 12th century, Patola house is renowned for its unique collection of silk Patola sarees. Post this, return back to Deccan Odyssey as the train proceeds to Nashik. Spend your afternoon at leisure, board games or a spa would be a nice option.

Breakfast, Lunch and Dinner on board

Last destination of the wonderful Gujarat tour, Nashik is situated on the banks of the sacred Godavari river. Besides being a major urban in the state of Maharashtra, the city is reputed to be a prominent Hindu as well as Jain pilgrimage.

Justifying this, are the cave temples of Hindu and Jain, some of which date back to 1st century BC. Post breakfast, disembark for a visit to these caves. This would be followed by a drive to the Grover Zampa vineyards. Savor some of the finest wines at these vineyards, which are still processed by traditional methods.

You will have your afternoon meal at the vineyard, and later, you would be visiting the highly sacred Godavari ghats. Watch the ritualistic processions over there and then return back to Deccan Odyssey as it proceeds back to Mumbai.

Lunch at the vineyard, dinner on board

Early in the morning, you would be reaching Chhatrapati Shivaji Terminus railway station in Mumbai. With this, the royal journey of Gujarat comes to an end.