Mangalore At a Glance
Plan My Trip

Mangalore is the chief port city of the state of Karnataka, India. It is situated on the west coast of the country on the Arabian Sea, with the Western Ghats to Mangalore's east. On your tour to Mangalore Karnataka you can explore the exotic beaches and backwaters and the mystic locales of the Western Ghats.

Mangalore is picturesquely located between Arabian Sea and the Western Ghats and lies on the backwaters formed by the converging Netravathi and Gurpura rivers. The city is said to have derived its name from the goddess Mangaladevi- the goddess of fortune; a temple dedicated to the goddess was built here in the 9th century by King Kundavarma. Being an important port city Mangalore has emerged as a major commercial center for the export of coffee, cashew nuts and fishes.

Mangalore is famous for its beautiful, exotic, lustrous and virgin beaches and is termed by many as the ' entry point to Beach Country'. On Mangalore Tour in India you will visit the Ullal Beach which attracts tourists all through the year. Another important beach here is Karwar Beach where the golden sand is incessantly caressed by the gentle waves of the turquoise Arabian Sea. A bulk of the Tour Packages to Mangalore in Karnataka, quite understandably therefore, focuses on the beaches at Mangalore.

The other tourist attractions in Mangalore include the Yakshagana performance, a unique and elaborate form of dance in south India .The kambala- an annual buffalo race is yet another exciting regional event. In a performance known as Talamaddlay a local deity Sharbeshwara Maha Ganapathi (Ganesha) is worshipped in an elaborate festival that marks the auspicious day of Ganesh Chaturthi every year. 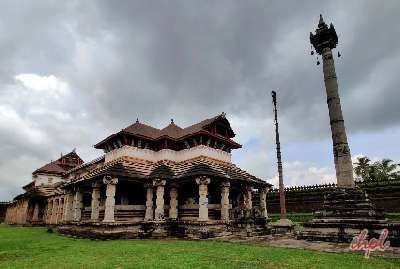 
Other Cities of Karnataka