Hampi is the 14th century quaint town built on the banks of the Tungabhadra river. IHPL offers tours where you get chance to explore these three major temple complexes- The Vittala Temple, the Virupaksha Temple and the King’s Palace in ruins of Hampi. Hampi is 140 km from Badami. On the way to Hampi from Badami visit a tiny hamlet Aihole on the banks of river Malaprabha also visit Durga Temple, Ravalphadi Cave, the Lad Khan Temple and the Buddhist Temple. 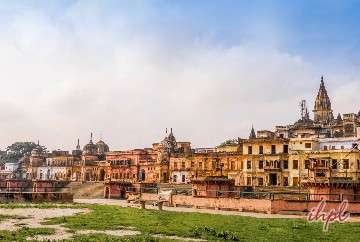 Q: Where is Hampi located?

Ans: Hampi is UNESCO World Heritage Site situated near Tungabhadra River in Ballari (Bellary) in Karnataka state (Province). It was the Capitol city of Vijayanagara Empire (A Hindu Empireestablished in 14th Century). Vijayanagar Empire was a prosperous, a very wealthy & a Beautiful city. The Sultanates for over a period of 200years made many attempts to invade Vijayanagar Empire, but went unsuccessful. During the last battle of Talikota (year 1565), the combined forces of Sultanates waged war on Vijayanagara Empire and defeated the Vijayangara Empire. After this whole city was looted, destroyed the idols & temples and burnt down the entire city. Even today one can witness the ruins at Hampi. The main attraction is the Hindu Virupaksha Temple, stone Chariot,VijayaVittala Temple site and several others. Hampi is 340kms from Bengaluru city (Bangalore).

Q: How to reach Hampi?

Ans: You can reach Hampi only by Road.

Q: How is the weather in Hampi and Best time to visit Hampi?

Ans: Hampi is a year around Tourist destination. During summers it will be very hot. The best time to visit is during winter. During rainy season, the river gets flooded.

Q: Which are the places of visit or activities to enjoy near Hampi?

Ans: Hampiutsava (Festival) which is normally held once in a year take place at Virupaksha Temple. The festival showcases the culture & tradition of bygone era. Dance performances, folk songs, sound and Light shows are main events during the festival time. The following are the main attractions at Hampi.