The city of Jhansi is famous for its historical associations. It was in Jhansi where India's first freedom struggle took place.

Jhansi is located in Bundelkhand is one of the beautiful tourist attractions in Uttar Pradesh. The name of Jhansi has become synonymous with the name of Rani Lakshmi Bai. The walls of Jhansi has carefully preserved the remnants of that period which shows the valiant queen who fought single handedly against the British troops.

During the revolt of 1857, Jhansi offered resistance against the British forces. It was Lakshmi Bai the Rani of Jhansi who led the forces and raised the arms against the colonial rulers. Still today the forts, monuments museums and palaces in Jhansi recall the tales of gory battles and bloodsheds and also patriotic fervor of the Indians.

The Jhansi Fort was the seat of the siege that followed the revolt. It was in the Jhansi Fort, one of the famous tourist attractions of Jhansi, the 12th Native Regiment of the Royal British Armed Force ruthlessly murdered the British Residents and citizens of the Fort. On your tour to Jhansi you can also visit the Jhansi Museums, the Rani Mahal and the temples in Jhansi.

Jhansi in Uttar Pradesh in India is quite accessible and is located amidst NH 25, NH 26 and NH 3 . The semi arid region is one of the beautiful tourists. During your Jhansi Tour Packages Uttar Pradesh you can also plan some excursions from Jhansi. 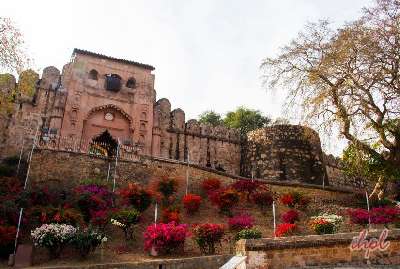 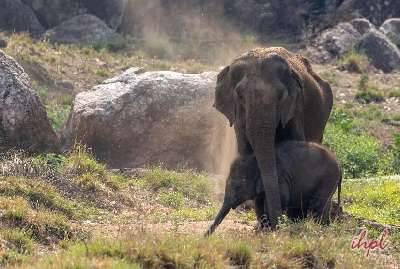 Q: Where Jhansi is located?

Q: Why Jhansi is a famous destination?

Ans: Jhansi is the gateway to Bundelkhand a region rich in culture and heritage. However, its greatest claim to fame was under the rule of the legendary queen Rani Laxmi Bai who bravely died at the age of 22 years while fighting for India's freedom.

Q: What are the top sightseeing places in Jhansi?

Ans: The city of Jhansi in Uttar Pradesh is an ideal place to visit which is rich in history and culture. Some of top tourist attractions at Jhansi are as follows:

Q: Is light and Sound show available in Jhansi Fort?

Q: How far Jhansi Fort is from Jhansi Railway Station?

Ans: Jhansi Fort is approx. 4 Kms from the Jhansi Railway Station and Guests can get a taxi easily from hear.

Q: Which is the best time to visit Jhansi?

Ans: November to March are the ideal time to visit Jhansi.

Q: Why Jhansi is known as The Land of the Brave Queen?

Ans: Jhansi's main claim to fame is its fiery queen Rani Laxmibai, who led the forces against the British in the first battle for independence in 1857.

Q: Jhansi can be reached by following three ways:

Ans: Here is list of best Kalimpong tour packages are below:

Q: What are the nearby Places to visit Jhansi?

Ans: Jhansi is a historic city in the region of Bundelkhand also called Gateway to Bundelkhand. Some of the major tourist attractions near to Jhansi are:

Q: Can we visit Jhansi, Gwalior and Khajuraho together?

Ans: Yes, you can start the Tour from Gwalior via Jhansi- Orchha to Khajuraho. Indian Holiday offers a Package including these places which can be booked from the following link :

Q: Where can we stay at Jhansi?

Ans: You will get various options against your stay at Jhansi based on your budget. Indian Holiday may help you to book the accommodation at Jhansi on discounted price and some of the recommended Hotels are - Nataraj Sarovar Portico, Hotel Bundelkhand Pride, Green Leaf By Omatra, and Hotel Hari Palace etc.

Q: Which is the language spoken in Jhansi?

Q: How the city Jhansi is linked to the game Hockey?

Ans: The city of Jhansi is also known for Hockey legend Major Dhyanchand who belongs to Jhansi.

Q: How far Orchha is from Jhansi and can we visit together?

Ans: Orchha the hidden Gem is approx. 24km drive from Jhansi. You can take a car from Jhansi Railway Station to visit Orchha and even Khajuraho which are nearby places.