Karnataka tour packages are a stunning introduction to Southern India. This prosperous state is drenched with history, culture, and diverse landscapes. Karnataka has a blend of a glittering palace, exhilarating national parks, UNESCO World Heritage Ruins, pristine beaches, and beautiful hill stations. Bangalore is the capital of Karnataka and is called the ‘Silicon City of India’ due to the presence of thousands of startups.

Travel to Karnataka on a South India trip is like a legendary holiday experience. In the evergreen rolling hills of spice and coffee plantations, palaces, and rich history of Mysore. The historical places in Karnataka spell the glorious past of powerful dynasties. Karnataka has almost everything to lure you. Whether you are a spiritual tourist, adventure person, mountain traveler, beach hopper, or history-loving tourist, Karnataka got you covered with its varied tastes.

If you can’t wait to visit Karnataka in 2022, take reference from down:

Karnataka in Southern India is replete with rich history, strong beauty, amazing culture, and a broad canvas of beaches to mountains. Its attraction, like Hampi, is a paradise for art and architecture lovers because it is a UNESCO World Heritage Sites with dozens of ancient ruins. When you take time to explore Karnataka, you will find that Mysore is synonymous with ornate palaces and ancient heritage co-existing with modern life. You can surf, swim, and snorkel on the pristine beaches of Gokarna, which are considered more secluded than any other overcrowded beach destination. Did we mention Karnataka has several cascades that will take your breath away?

Places to Visit in Karnataka For A Refreshing Getaway

You must explore the best places to visit in Karnataka on your trip to South India. The choice of exploring the sightseeings in Karnataka will reward you with wonderful experiences. The gateway to Southern India is  a cluster of pristine beaches, an abundance of Western Ghats, spiritual places, wildlife attractions, and royal palaces.

With ancient forts, opulence palaces, enthralling national parks, and miles of lush greenery, Karnataka offers the blend of old-world charms and modernity. Here is a list of the best places to visit in Karnataka:

Best Time to Visit Karnataka for Planning a Trip

Historical Places in Karnataka For A Heritage Journey

Karnataka has some well-preserved historical places under its belts. Make sure you explore any of them or all of them on your Karnataka holidays:

Honeymoon Places in Karnataka For a Romantic Vacation

Things to do in Karnataka for A Memorable Holiday Experience

How to Reach Karnataka

By Air: The two major international airports of Karnataka are Bangalore and Mangalore. The domestic flights land at Mysore Airport.

By Train: Those who want to save on their holidays can arrive in Karnataka by train. The main railhead in Karnataka is in Bangalore. It is well connected with major domestic cities or towns like Delhi, Mumbai, and Ahmedabad.

By Road: Road travel is another convenient way to reach Karnataka as the state is well connected with National Highways serving excellent road connectivity from the nearby towns.

Tour to Ooty From Bangalore

3 Days Tour to Sakleshpur- Rosetta by Ferns From Bangalore 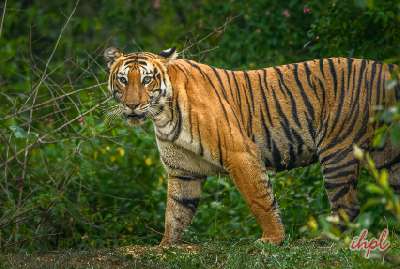 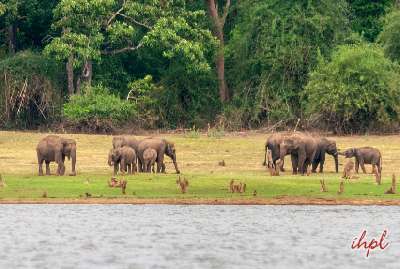 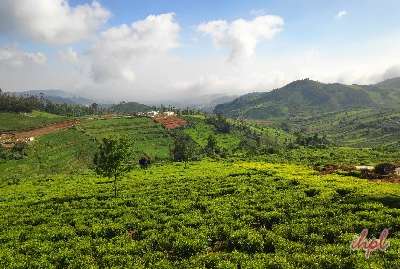 Price On Request View Details Enquire Now
Showing : 1-20 out of 54

Q: What are the best places to visit in Karnataka?

Ans: The best places to visit in Karnataka feature some of the most fascinating attractions, which range from rugged mountains to spectacular beaches and from dense forests to ancient cities. Here is the list of popular tourist places in Karnataka:

Q: What is the best time to visit Karnataka?

Ans: Winter season is the best time to visit Karnataka. From October to February, the weather remains perfect as it is neither too hot nor too cold. However, Karnataka is a year-round destination and is being flocked by tourists throughout the year. Chikmagalur, Gokarna, and Coorg are among the best places to visit in the summers, Murudeshwar, Hampi, Hasan, Badami, and Hospet are among the popular places to visit in winters.

Q: What is the average temperature of Karnataka?

Ans: The average temperature of Karnataka in summers ranges from 28°c to 45°c. In monsoon, it hovers around 23°c to 28°c and in winters, the temperature fluctuates between 21°c and 32°c.

Q: Which are the top things to do in Karnataka?

Q: What are the best places to visit in Karnataka with family?

Ans: Karnataka is a popular place to visit for families and there are a plethora of attractions to explore. You can also enjoy watersports, wildlife safari, explore the heritage sites, and monuments during the trip. Here are some of the best places to visit in Karnataka with family:

Q: What are the adventure activities I can do in Karnataka?

Q: What are the best heritage sites in Karnataka?

Ans: Home to some of the amazing monuments and architectural marvels, Karnataka has an impressive historical legacy. Some of the best heritage sites in Karnataka:

Q: How to reach Karnataka?

Kempegowda International Airport, Bangalore is one of the busiest airports in the country that receives flights from all over the world. Mangalore International Airport is another airport that receives flights from the Middle East and Gulf countries. Belgaum, Hubli, Mysore, and Vidyanagar airports are domestic airports that connect the major cities of the country with Karnataka.

Buses are run by Karnataka State Road Transport Corporation (KSRTC), which ply for both interstate and intrastate destinations. There are 15 National Highways in the state that connects Karnataka with Kerala, Maharashtra, Andhra Pradesh, and Tamil Nadu.

Q: Which are the major festivals in Karnataka?

Ans: Karnataka is blessed with rich culture and the best way to experience the best of art and history is by taking part in celebrations. Some of the major festivals in Karnataka, which allows you to get glimpses of the vibrant culture of the state are:

Q: What are the popular wildlife and bird sanctuaries in Karnataka?

Ans: The wildlife and bird sanctuaries in Karnataka are home to some of the exotic species of animals and birds. Some of the wildlife species are Sloth Bears, Tigers, Jackals, Gaurs, Indian Shag, Spoonbill, Common Grey Hornbill, Common Swallow, Pond Heron, Intermediate Egret, and Little Cormorant. Here is the list of popular sanctuaries in Karnataka are:

Q: Which are the most popular temples in Karnataka?

Ans: Renowned for its cultural heritage and architectural marvels, Karnataka depicts the ageless beauty through its ancient temples. Some of the popular temples in Karnataka are:

Q: Which are some of the most popular waterfalls in Karnataka?

Ans: Waterfalls of Karnataka are famous all over the world for their natural beauty and splendor. Some of the most popular waterfalls in Karnataka are:

Q: How many days are enough to explore Karnataka?

Ans: Karnataka is a vast state and blessed with natural beauty, architectural wonders, historical marvels, and adventure. 7 to 10 days are enough to explore the best of Karnataka. However, it depends on your traveling style and how many places you wish to explore.