Kolhapur is located on the banks of Panchganga River and has at least 300 years old history. Major tourist attractions in Kolhapur include New Palace-also known as the Maharaja’s New Palace, Shahaji Chhatrapati Museum-housing a collection of possessions of Maharaja Shahaji Chhatrapat, MahalaxmiTemple a Shakti Peeth and Bahubali Jain Temple and Bhavani Mandap-a building of historical importance which is also the temple of goddess Tulja Bhavani. It is also famous for Kolhapuri footwear and necklaces. 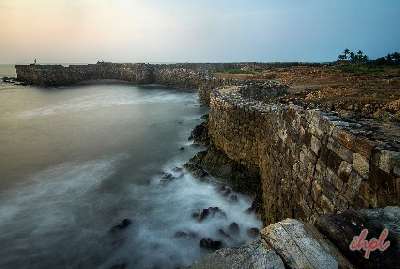 Ques: Where is Kolhapur located?

Ans: Kolhapur is a city on the banks of the Panchaganga River, in the western Indian state of Maharashtra. It is famous for its temples such as the ancient Mahalakshmi Temple, a Hindu pilgrimage site and atleast 300 years old history.

Ques: Which is the nearest Airport or Railway Station to Kolhapur?

Ans: There is an airport& railway station in Kolhapur. Chhatrapati Shahu Maharaj Terminus is the main railway terminus in the city of Kolhapur.

Ques: Why Kolhapur city is famous?

Ans: Kolhapur is famous for its historical forts, temples and royal places of erstwhile royals. It is one of the best places to explore the grandiosity and scintillation of India. It is also popular for Antique jewellery like necklace, Kolhapur Chappal (Leather Sleepers) , wrestling & cotton textiles, in particular Kolhapuri sarees.

Ques: How can we reach Kolhapur?

Ans: Kolhapur is well connected with other cities of Maharashtra and nearby states. There are regular buses from Mumbai, Bengaluru, Pune, Tirupatiand Satara to Kolhapur.

Ques: What is the best time to visit Kolhapur?

Ans: October to February is the best time to visit Kolhapur, when temperature will be between 14 to 30 degrees Celsius.

Ques: What are the best places to visit in Kolhapur?

Ans: Kolhapur is famous for cultural and historical aspects. It is a highly frequented spot and sprawling with several tourist sites. Here is the list of best sightseeing places in Kolhapur:

Ques: Which tourist places I can visit along with Kolhapur?