Nestled amidst the verdant Western Ghats of Karnataka, Mangalore is located at a distance of 357 km from Bangalore. Named after the Mangaladevi Temple built by the Ballal family of Attavar as a memorial to a princess of Kerala, Mangalore is gradually becoming a prominent name in the tourist map of Karnataka. Mangalore tour packages are now quite popular with tourists visiting Karnataka.

The district headquarters of Dakshina Kannada, Mangalore is known for coffee and cashew nut plantations. Its lush green hills and golden beachfront, together with the emerald backwaters, makes Mangalore a popular tourist destination for nature lovers. The devout would also be equally impressed with Mangalore, given the large number of temples in and around the Mangalore city.

Dussehra and Sri Krishna Janmashtami are two major festivals in Mangalore and are celebrated with notable festivity and enthusiasm. Sri Krishna Janmashtami or the birth day of Lord Krishna, witnesses the exuberant enactment of the God's childhood endeavors to steal butter and curd from earthen pots beyond his reach. A matka or earthen pot containing milk, butter, etc. is suspended high above the ground and groups of young men form human pyramids to try and reach the pot and eventually break it.

The Tiger Dance is a unique form of tribal dance particular to Dakshina Kannada. This dance is performed during the Dussehra celebration and fascinates the young and the old alike. Since tiger is considered as the favored carrier of Goddess Sharada (an incarnation of Durga), this dance is performed to worship the ferocity and power of the Tiger. It is also performed during other festivals like Krishna Janmashtami.

The Aati festival is also one of the major festivals celebrated in Mangalore. Aatikalanja is a ritualistic folk dance performed by the Nalke community. Aati commences from July 17 and runs up to August 15. Other Hindu festivals, like Ganesh Puja and Navaratri are also celebrated here.

If you want to embark on Mangalore tour packages during a festival, it is wiser to book hotels beforehand, to avoid harassment because thousands of tourists flock the city at festival time. 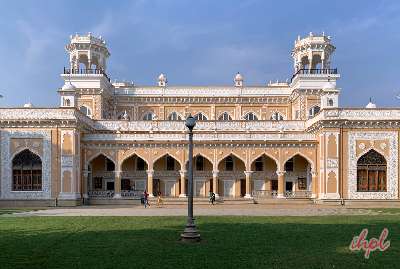 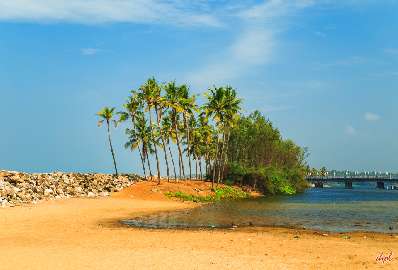 Heritage of South India with Wildlife

Q: How many days are sufficient to visit Mangalore?

Ans: Mangalore is basically a commercial city and Sea port. On tourism angle Mangalore is a transit city in Karnataka state. Therefore, one day is more than enough to visit Mangalore.

Q: What is Mangalore Famous for?

Q: When is the best time to visit Mangalore?

Ans: Winter season (October to March) is the best time to visit Mangalore including other part of Karnataka.

Q: What are the other important places around Mangalore?

Ans: The other important places around Mangalore are as below.

Q: Which is the railway station to reach Mangalore by train?

Ans: Mangalore Junction itself a rail head and big railway station and connected all the major cities in India like Delhi, Mumbai, Bangalore, Chennai, Kolkata and other part of India.

Q: Is there any airport in Mangalore?

Ans: Mangalore is a transit city and there is a domestic airport in Mangalore city itself. All major cities from Delhi, Mumbai Bangalore, Goa etc. are connected by regular flight.

Q: What are the good hotels in Mangalore?

Ans: There are few good hotels available in Mangalore.

Q: What are the nearby cities from where you can travel to Mangalore?

Ans: The main nearest cities from where you can travel to Mangalore.