Panchmarhi is a serene hill station in the Vindhya ranges within the Indian state of Madhya Pradesh. While talking about the history of Panchmarhi we need to cast a glance at the myth that has been roaming the hills here down the generations as folklore regarding the significance of the place. It is said that Lord Shiva had to run for his life, trying to save himself from Bhasmasur, who, with the grace of Shiva himself, had acquired the power to burn anyone to death by simply putting his hand on the intended victim's head. The story goes that Bhasmasur wanted to test his power on the deity and starts chasing him.

The chase takes them over the Himalayas, to the plains and then to the low ranges of Central India. Meanwhile, Lord Vishnu assumes the form of an attractive damsel, draws Bhasmasur's attention to "herself" and finally tricks him into putting his hand on his own head making him go up in flames.

The history of Panchmarhi according to popular belief dates back to the age of the Mahabharata. Near the state gardens at Panchmarhi one can see the 5 madhis or huts. It is these huts that gave the name Panch Madhi to this region. In course of time, Panch madhi was corrupted into Panchmarhi giving the resort its current name. According to legend, the 5 ornamented caves resembling a Buddhist monastery actually belonged to the 5 Pandava brothers who lived here during their exile. However, geologists have classified them to be of Buddhist or Jain origin.

The course of the History Of Panchmarhi In Madhya Pradesh India underwent change with the British who rediscovered the place. Panchmarhi was discovered anew by Captain Forsyth in 1857 riding at the head of a column of Bengal Lancers; the British developed it as a sanatorium and health resort. In British India Panchmarhi served as the summer resort of the Central Province.

The History Of Panchmarhi In Madhya Pradesh has archeological relevance as well as religious significance with its ancient rock paintings in cave shelters seen in many locations all over the Satpura hills. The famous cave shrine dedicated to lord Shiva located in the Mahadeo Hills is one of them. There is no known record of the rock paintings left behind as seen in different locations in the Satpura hills; Most of these cave paintings have been dated between 500 AD and 800 AD, but the oldest one is believed to be 10,000 years old.

A Gilgamesh figure subduing two wild animals at Monte Rose and a scene in which a monkey, standing on its hind legs, plays a flute while a man, lying on a cot too small for his size, has his arms raised as if keeping time with the music are distinguished and studies by Aurobindo Ghosh. He discovered two caves which he named Bansia Beria and Dhauladhar.

The Bansia Beria cave also contains a painting depicting what looks like a large cross and a group of men holding in their hands something like umbrellas. The cross can be assumed to be a part of a swastika. In the same cave there is another painted cross composed of small triangles, as if made with a stencil. The Satpura cave paintings are an important yardstick in the History Of Panchmarhi In Madhya Pradesh In India. 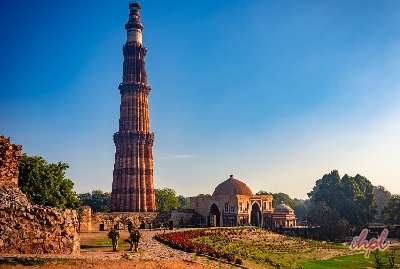 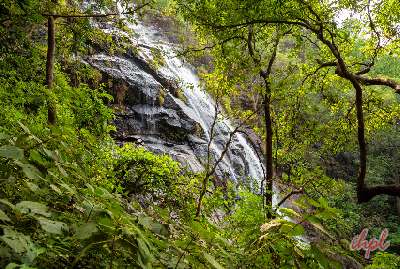