If a storm in your cup is what you need, India is the place to visit. Tea cultivation flourished in India when it was under the subjugation of the British Empire. Today India is the largest exporter of tea all over the world.

Over the years,tea tourism in India has gained immense popularity among globetrotters. Indeed, it is India's answer to wine tourism offered by European countries like France and Germany.

Indian Tea-estate owners and private travel agencies are uniting enthusiastically to present to tourists a taste of India's most popular beverage owing to its tea tourism packages to Assam and Darjeeling and other famous tea producing regions in India.

The wonder beverage is loaded with anti-oxidants and fights cancer. What's more, with herbal and green teas foraying their way into the market, the unpleasant effects of caffeine can also be given a miss. Flavored Indian teas are all the rage with tourists opting for tea tourism in India.

The very popular Darjeeling tea is grown on the foothills of the Himalayas, and is a cherished Indian black tea. Generally, Indians prefer their tea with milk and sugar. This convention may have originated during the British rule; alternatively the Indians may have passed it on to the British considering their fondness for cow's milk.

To increasing awareness about tea tourism, the Indian tourism ministry is determined to spread the word through online advertising, television and radio messaging as well as international conferences to boost tourism revenue. 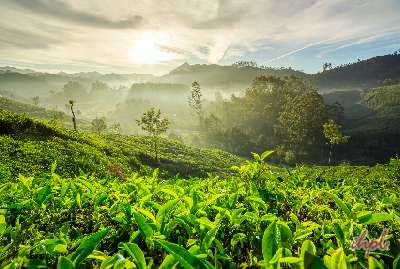