On Uttar Pradesh Tour what gives immense pleasure to the soul is the expected visit to Agra. Agra the land of wonders and architectural splendor arouses countless emotions that are beyond description and definition. To state laconically, on Agra Tour, the very obvious pull is Taj Mahal, the embodiment of undying love of Mughal Emperor Shah Jahan for his beloved wife Mumtaz Mahal. However along with relishing the splendor of the sites of historical and architectural importance in Agra, you can also visit some of the very attractive holy places in Agra.

Both the Hindu and the Muslim communities dominate the city of Agra. As a result of this end number of mosques and temples are found in its vicinity. Some religious places in Agra are most frequently visited for their rich historical backgrounds. Most of them are regarded as the landmarks of the Mughal emperors.

Truly speaking, there are numerous holy places in Agra some with architectural and historical importance and some with religious significance. In any way you can very easily and conveniently satisfy your religious urge. There are tombs, stones and graveyards consecrated to renowned religious leaders. An end number of temples and mosques are also there to cater to your religious and spiritual feelings.

You can go to any of the various Agra holy places. You can pay visit to the Guru Ka Taal. It is large reservoir with attractive towers built around it. It boasts of the red stone structure that was constructed during the rule of Jehangir beside the holy tomb of Itibar Khan Khwajasara.

The Jama Masjid and Moti Masjid are also there among the most sought after holy places in Agra to look for. These mosques were erected during the reign of Shah Jahan, the Mughal emperor. These mosques are the brilliant examples of the refined Mughal architectures. You should not miss out on visiting the Itmad Ud Daulah as well. It is prominent for its magnificent carvings and designs. Most often it is referred to as the baby Taj to for bearing similarities with Taj Mahal.

On Agra holy places tour, you can also proceed for the Bageshwarnath Temple located adjacent to the Raja ki Mandi. It is a very sacred destination for devotees. Besides, you can also move towards Mangaleshwar Temple in the Gokul pur area which comes alive during festivities.

On tours to holy places in Agra you will certainly be amazed seeing the secular outlook of the natives because in Agra there are few places of worship which are meant for both the Hindu and Muslim communities. 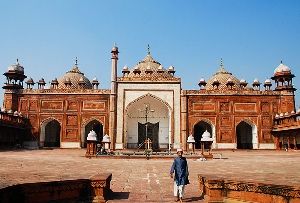 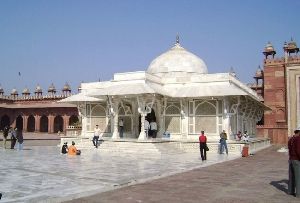 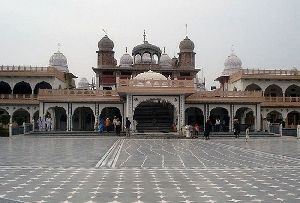 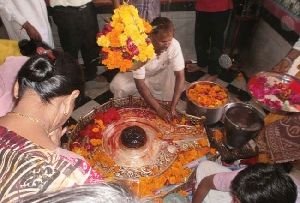 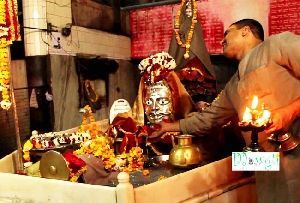