Fatehpur Sikri, a UNESCO World Heritage Site in Agra, along with its adjoining areas, are home to some of the finest examples of Mughal architecture and showcase one of the most brilliant phases of Indian history. One of these is Fatehpur Sikri, one of the best examples of Mughal planning and architecture. One of the most important aspects of Fatehpur Sikri is the fact that it provides us with details of not just Mughal architecture but paints an accurate image of the system of administration and social structure of the era. Once the political capital of Akbar, believed to be the greatest Mughal emperor, Fatehpur Sikri was in operation from 1571 to1585. Today a world heritage site, this erstwhile capital of the Mughals is a historian's delight and must-see for all visitors to the area.

Located on the outskirts of Agra, at a distance of only 26 miles, Fatehpur Sikri was one of the most important bases of Mughal rule and the capital of Akbar during 1571 to 1585. Fatehpur Sikri was instrumental in being one of the places along with Agra and Red Fort, where a bulk of the Mughal arsenal, treasure hoards and other reserves were stored. Legend has it that the fort was built as a tribute to the great Sufi Saint Sheikh Salim Chishti, with whose blessing Prince Salim, Akbar's descendent, was born.

Built predominantly of red sandstone, Fatehpur Sikri is one of the earliest planned cities in the world. The layout of the city is in itself a work of architectural brilliance where a conscious effort has been made to produce rich spatial effects. On the other hand, the cityscape changes rapidly as we move across it indicating important buildings and also allowing these important localities to form a backdrop to other localities. 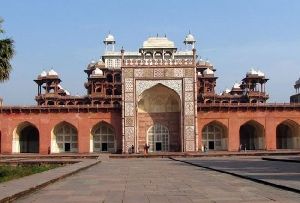 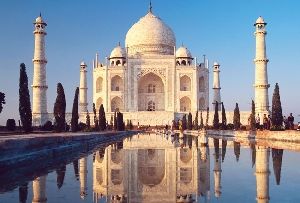