Founded by the grandfather of Prithivi Raj Chauhan, King Anaji Chauhan between 1135 -1150 AD, Ana Sagar Lake is an artificial lake. It is one of Ajmer’s most popular lakes and one of India’s largest lakes. Named after its founder, the lake was founded during the 12th century, after a dam was built across Luni River. Ana Sagar Lake is surrounded by Daulat Bagh Gardens and Khobra Behroon temple, two popular attractions of Ajmer.

The best time to visit Ana Sagar Lake is between October and March when the climate is pleasant and the water level is full. The lake dries up in the summer season.

Ana Sagar lake is around 13 km from the main city of Ajmer. You can also spot an island in the middle of the lake. Indulge in water scooter ride or boating here. 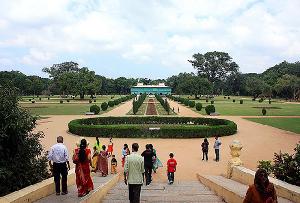