The Mayo College, Ajmer is also called the "Eton Of India" form the time it was founded. The college is managed by the Board of Governors and is run by the Principal. The Principal is assisted by his academic and administrative staff.

The academic year or session of the college is from July to April. The session is divided into two terms. The two terms are:

Autumn Term :- from the middle of July to early December.

Spring Term :- from the middle of January to the end of April/beginning of May.

The college organizes a lot of educational trips, sight seeing tours, camps, expeditions, treks and much more in the middle of the first term.

Mayo College, Ajmer was founded by Richard Southwell Brouke. For the construction of the Mayo College several designs were submitted in Indo-Saracenic, Grecian and Kolhapur styles by different engineers, but finally Major Mant's Indo-Saracenic design was adopted by the Viceroy in June 1875.

The construction of the college began in the year 1877 and was ultimately completed in the year 1885 and the cost of construction went up to Rs. 3.28 lakhs. From then onwards Major Mant's design became well known as a classic symbol of Indo-Saracenic architecture and also became a very important part of the courses and is quoted in the architectural courses even today.

The first student of Mayo College in Ajmer, India was H.H Maharaja Mangal Singh of Alwar.

The pastoral head of each house in the Mayo College, Rajasthan is the house master, who is assisted by the assistant house masters, house tutors and matrons. The college prepares the students for class ten and class twelve exams which is conducted by the Central Board of Secondary Education (CBSE), New Delhi. The courses offered include science, commerce and humanities.

The campus life is quite interesting for students. The college provides the students with a proper and structured educational as well as a distinctive co-curricular programme, which helps in the development of both the mind and body of the students.

Mayo College, Ajmer possesses a large museum. The college museum contains assorted items that are related to varied and diverse areas of learning and knowledge. The museum also showcases priceless pieces of antiques and also has an armoury section. The college museum is known to be the best museum amongst all the college museums in the world. 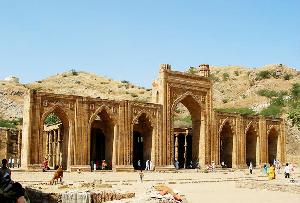