The Ajmer Government Museum serves as one of the prime Touring Destinations in Ajmer. The Museum is housed in the in the magnificent fortified palace of the legendary Mughal Emperor, Akbar, which was built in 1570.

By virtue of the highly rich and elaborate history of Rajasthan, dating way back to the seventh century, the Museums in Ajmer exhibit the rarest of rare collections like weapons and armor used in medieval times, stone sculptures, and miniature paintings.

Due to the dominance of culturally diverse rulers, initially in the form of the Rajputs and then in the form of the Delhi Sultanate and finally the Mughals, the Museums in Ajmer showcase a wide range of antique pieces of items that have been a subject of extensive research and excavation.

The major departments of Museums in Ajmer are dedicated to the Sculptures, Epigraphs, Arms and Weapons of Kings as well as warriors.

One viewing all the above exhibits, one develops an idea about creative brilliance possessed by the various artisans and craftsmen of those ages. One also gets absorbed by the timeless charm of the arts and crafts, which find relevance till date. The attires of Kings and Soldiers, makes one wonder, the pomp and show that the people of those times believed in. 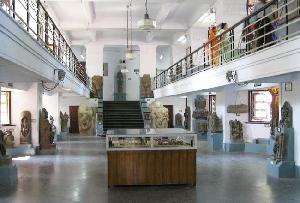