The monuments in Allahabad stand as a reminiscence of the colonial era and the Mughal Era. The monuments of Allahabad are major tourist’s attractions in Allahabad. Many tourists come to Allahabad to visit these monuments as they bear great cultural and historical significance. The monuments built by the rulers, be it the British or the Mughals in Allahabad because of the fact that Allahabad held a key position in the map of Uttar Pradesh and even in India. Allahabad was easily accessible and was the center of rising culture, evolving history and a major seat of education.

Some major monuments of Allahabad are the Allahabad Fort, Anand Bhawan, Swaraj Bhawan and Allahabad Museum

Anand Bhawan is another building in Allahabad which is also considered as a monument, because of its historical importance and the strong political significance that it bears. This building is a Tourist Attraction of Allahabad. This building has been the home of India’s first Prime Minister. Today the building stands as a museum which houses a memorabilia of the Nehru-Gandhi dynasty.

Swaraj Bhawan is located very close to Anand Bhawan. Mrs. Indira Gandhi, the first lady Prime ministers of India was born in this house. Pt. Moti Lal Nehru has built this house. In 1930, Swaraj Bhawan was donated to the nation and was set as the headquarters of the Congress Committee. Today, Jawaharlal Nehru Trust also operates from this building.

Allahabad Museum is another monument in Allahabad which is situated near Chandra Shekhar Azad Park. The Allahabad Museum is an important Tourist Attraction in Allahabad as it houses some pieces of art which are very rare nowadays and signifies the rich artistic culture of the country. The paintings of Nicholas Roerich are present here, terracotta figurines, Rajasthani miniatures are also housed here and the coins and stone sculptures from the second century BC to modern times are also found here in the Allahabad museum. The eighteen galleries present in this museum add grandeur to the building. 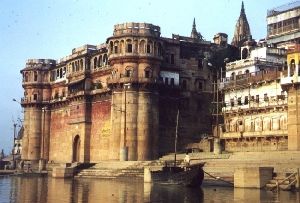 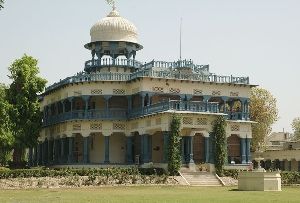 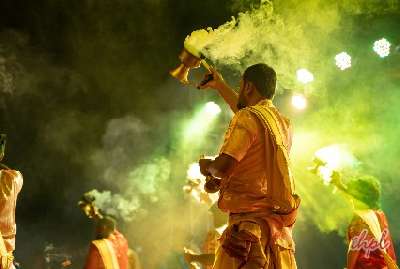