Located around 30km away from the city and close to the well-known Sariska National Park, Bhartrihari Temple is one of the most popular sanctified spots in Alwar. The temple is named after Bhartrihari Baba (ruler of Ujjain) and holds great historical importance. The temple is built in traditional Rajasthani style with wide galleries, floral designed columns of shikharas and mandaps.

According to the legend, Bhartrihari Baba left his kingdom and became a saint. Years later, he returned to his wife and asked her for Bhiksha (or something to eat). The king’s wife gave him a fruit that he ate and turned immortal. Devotees believe that Baba was blessed with some saintly powers.

Moreover, it is considered that once Bhartrihari Baba prayed to God to bring water to the city and God was so pleased that a stream of water emerged from a rock. It is also believed that Baba buried himself alive and the temple is put up on his grave.

Every year tourists and devotees offer sincere prayers in Bhartrihari Temple to seek the blessings of Baba. Pay a visit to the temple and rebuild your faith in almighty. 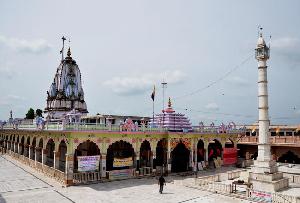 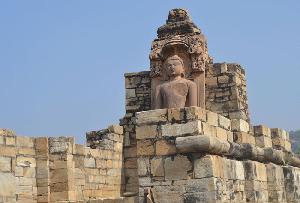