Sri Ram Tirath is dedicated to Lord Ram, one of the major deities in Hinduism and an avatar of Lord Vishnu. The temple today stands at the very spot where Sage Valmiki’s ashram is believed to have once stood. Alongside this, there is also a hut where Goddess Sita is believed to have given birth to her sons, Luv and Kush. Several scenes from the Ramayana are exhibited inside the temple. Inside the temple, one also come across a well, which, it is believed, was dug by Lord Hanuman.

The temple is visited every year by devotees in large numbers.  Apart from the temples and the various exhibits inside it, another prime attractions is the 4-day fair which is held here. The fair is usually held a fortnight after Diwali and lasts for a duration of five days. During this fair, the prime attraction is the tank which is believed to have been built by Lord Hanuman. Enormous importance is placed on taking a dip in the sacred tank in the early hours of the full moon (Puranmashi) night. After taking a dip, the tourists take a round of the tank, all the while chanting mantras.

A visit to the Ram Tirath Temple is considered incomplete without engaging in some kind of charity work. Accordingly, devotees visiting this temple offer something to the beggars, lepers and crippled found near the temple. Charity consists in the form of money, vegetables and clothes.

Ram Tirath Temple is located at a distance of almost 11km to the west of Chogawan road in Amritsar. It is well-connected by air, rail and road, and can easily be reached from any part of the country.

The nearest airport is Raja Sani International Airport, which operates flights to all parts of the country. From the airport, one can hire taxis and private vehicles to reach the temple.

From Amritsar Junction Railway Station, the Ram Tirath Temple is located at a distance of almost 12.8km and takes about 32 minutes. From the station, one can hire taxis or private vehicles to reach the temple.

Bus services from Kashmiri Gate ISBT to Ram Tirath Temple are available, with the journey taking almost 8 hours through NH 44. 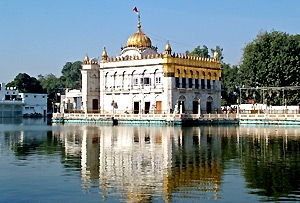 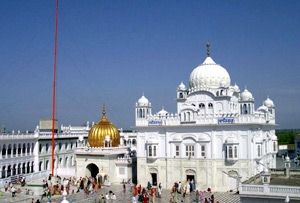 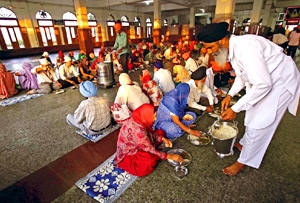 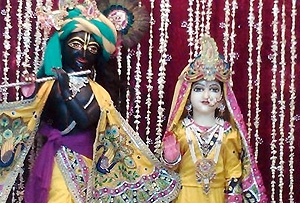 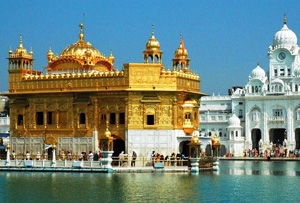