One of the most popular religions in today’s society, Buddhism is a non-theistic religion which encompasses philosophy as well as psychology. In Sanskrit and Pali, Buddhism means the teachings of the Awakened One. It was founded in the 5th century by Siddhartha Gautama who was later called Buddha.

It is believed that Buddha received liberation or nirvana which was initiated by an awakening. This awakening in Buddhism is known as Bodhi. This awakening or enlightenment is attained through spiritual growth, prayer and meditation. After one attains Bodhi, one is freed from the cycle of birth and death.

There are different schools of Buddhism who follow different religious scripts. The Buddhist scripture is known as Tripitaka and the three main divisions are Vinaya Pitaka, Sutra Pitaka and Abhidharma Pitaka.

Buddhism is actively followed in certain parts of India. These places have beautiful Buddhist Monasteries. It is believed that the number of Buddhists across the globe is between 250 and 500 million. 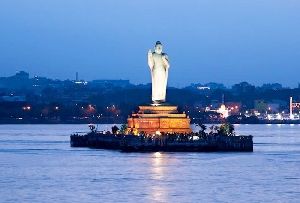