Located on the right banks of the River Krishna, Amaravati is a historical town that was once the capital of the Satavahana kingdom. The Satavahana dynasty ruled the region for four centuries. During this period Amaravati emerged as a major center of Buddhist art and culture. The Amaravati Museum in Amaravati is an amazing repository of relics that have been gathered from the ruins of this 2000 year old Buddhist settlement as well as from nearby places which were also under the influence of this religion.

A visit to the Amaravati Museum gives you an excellent opportunity to witness the superb collection of antiquities that have been collected from various Buddhist sites in Andhra Pradesh. The three galleries of the Amaravati Museum exhibit these rare artifacts. They mostly belong to the period 3rd century B.C. to 12th century A.D. Some of the precious objects housed in the Amaravati Museum include a gold necklace from Gummadiduru, several caskets, Bone relics and gold flowers.

Gallery I of the Amaravati Museum provides valuable insight into the art tradition of Amaravati.

The collection includes an inscribed relief of Buddha from Gummadidurru, coins, beads, terracotta pottery, exquisite sculptures and pillars. What will surely catch your attention at the second gallery of the Amaravati Museum are the two Buddha images from Alluru, inscribed pillars and a stone wheel from Liongarajapalli. Beautifully sculpted Limestone panels from Dharanikota are a part of this impressive depository.

There was once a great Stupa at Amaravati even larger than the one at Sanchi. Even though this stupa is presently kept in the Government Museum in Chennai, a few remains of this 2000 year old stupa is to be found in the Amaravati Museum.

The greatest attraction of the Amaravati Museum is the tall and elegant bronze statue of Lord Buddha. It probably belongs to the 8th century A.D and was excavated from the south eastern part of the Deccan. The sculptural dexterity revealed in the statue is commendable. The robes of the Buddha are not very distinctly visible. His right shoulder is bare. From the right hand of the Buddha it appears as though he wants to do some charitable act. This kind of gesture of charity is referred to as Varadamudra. The statue is admirable. 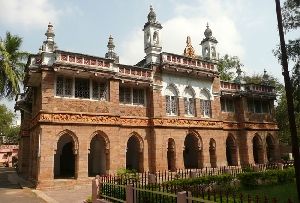 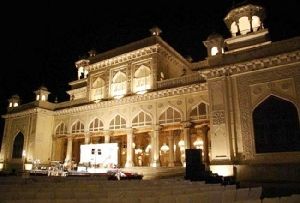 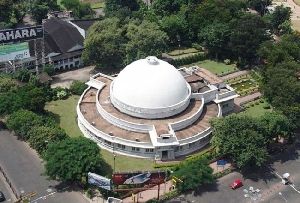 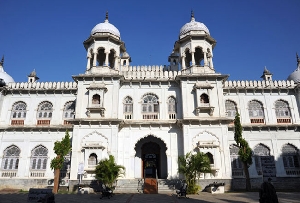