A land with different varieties of wildlife and natural beauty, Andhra Pradesh is popularly known as the Kohinoor of India. Bounded by the Bay of Bengal, Maharashtra, Chhattisgarh, Orissa, Tamil Nadu and Karnataka, Andhra Pradesh is the fifth largest state of the country.

Andhra Pradesh comprises three regions, Kosta, Telangana and Rayalaseema. Kosta lies on the coastal plain between the Eastern Ghats. The Telangana region occupies the western part of the Ghats. On the other hand Rayalaseema is located in the Penner River basin.

Wildlife Tours in Andhra Pradesh is very popular among tourists. Wildlife in Andhra Pradesh includes rare varieties of animals and birds. There are many wildlife and bird sanctuaries in Andhra Pradesh. The deciduous forest, the mangrove belt and the green coastal belt offers natural habitat to different kinds of animals. Some of the animals found in the region are Spotted Deer, Wild Boar, Sloth Bear, Gaur, Panther, Tiger and Jackal Muntjack.

Some of the wildlife reserves are Nellapattu Sanctuary and Pulicat Lake. This wildlife sanctuary is one of the largest Pelican reserves in Southeast Asia. Located close to the Pulicat Lake, different species of birds are attracted to this picturesque location.

The Alisagar Deer Park is another attraction in Andhra Pradesh for animal lovers. Located in the Nizamabad district, the wildlife park is set in a beautiful location. 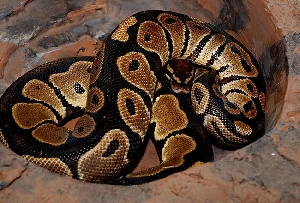