Between 1651 and 1661 century AD, Prince Azam Shah commissioned this mausoleum, in the memory of his mother, Rabia-ul-Daurani (Wife of the great ruler Aurangzeb). Due to its heavy resemblance with The Taj Mahal (seventh Wonder of the World), Bibi Ka Maqbara is also addressed as “Taj of Deccan” or “Dakkhani Taj”. It was built with the intentions of taking over the fame of Taj Mahal, but it couldn’t. Today, it is protected by Archeological Survey of India. Bibi ka Maqbara is a prime attraction of Aurangabad.

History: Biwi ka Maqbara was built between 1651 and 1661 C.E. Its marbles were imported from mines located near Jaipur. All the marbles were adjusted in three hundred carts which were pulled by 12 oxen from Surat to Golconda.

Structure: The mausoleum is designed in Charbagh layout and is installed on a tall enclosure. Its walls are crenellated with arched recesses and bastions. The recesses are crowned with small minarets and divided by oilasters. On the west is a mosque, built by Nizam of Hyderabad, a bit later than the construction of the main structure. The façade has its doors adorned with foliage designs. Moving a few steps forward is a small tank and a screen leading to the main structure.

The mortal remains of Rabia Daurani can be reached by descending flight of stairs as it is placed below ground levels. This structure is covered with a dome embellished with trellis works and panels with flowery designs. 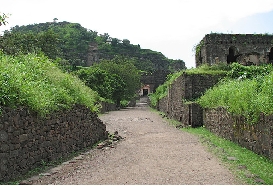 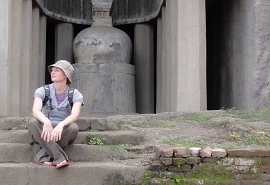 
Things To Do in Aurangabad 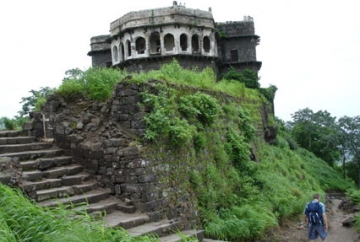